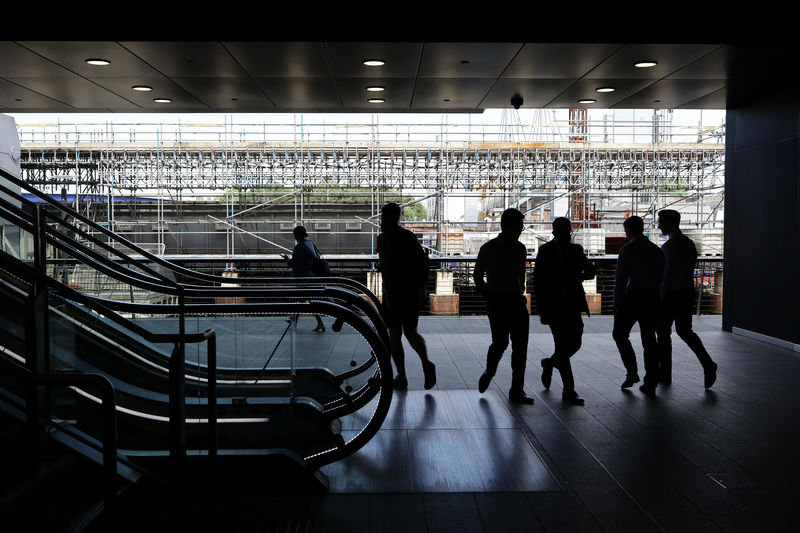 © Reuters. People walk past the Crossrail construction site in the financial district of Canary Wharf in London

BRUSSELS (Reuters) – European business federation BusinessEurope called on Wednesday for Britain to maintain as many EU regulations as possible after Brexit to limit disruption to trade and supply chains.

Negotiators are meeting ahead of a June 28-29 EU summit to seek progress on outlining what kind of relationship should replace Britain’s EU membership after it leaves next March and after a status-quo transition period ends in 2020.

“Regulatory alignment between the EU and the UK is of utmost importance to preserving value chains and avoiding non-tariff barriers to trade. Regulatory cooperation is paramount,” the group, which includes Britain’s CBI, said in launching a new report.

Also calling for rapid agreement between the two sides to avoid uncertainty and the risk of a “cliff edge” whereby Britain simply reverts to global trade rules, BusinessEurope called for simplified customs procedures.

It said small businesses with little experience of trade outside the EU Single Market would require special help from the authorities to cope with changes.

“No free trade agreement to date has come close to solving the issues of regulatory divergence, and this will be a challenge for both sides to address,” the group said, while adding that business wanted EU negotiators to avoid letting a deal with Britain unpick the rules of the Single Market.

Negotiators aim to have a broad outline ready by late this year, alongside a detailed treaty on how the initial departure will work.

As British Prime Minister Theresa May wrangles with her own ministers over how far to break away from EU customs rules and product standards, EU negotiators are urging London to make clearer what they see as their preferred way forward.

While both sides say they want as frictionless trade as possible, EU leaders also insist that Britain cannot “cherry pick” access to the single market while abandoning its rules, including on the free movement of workers within the Union.