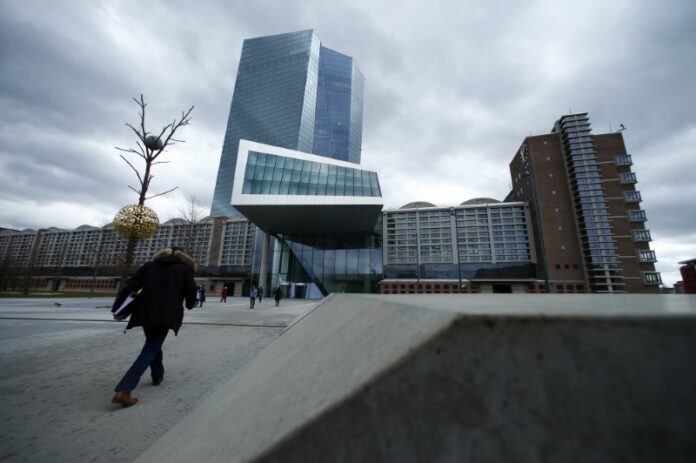 ECB gets ready to pull the plug on stimulus scheme 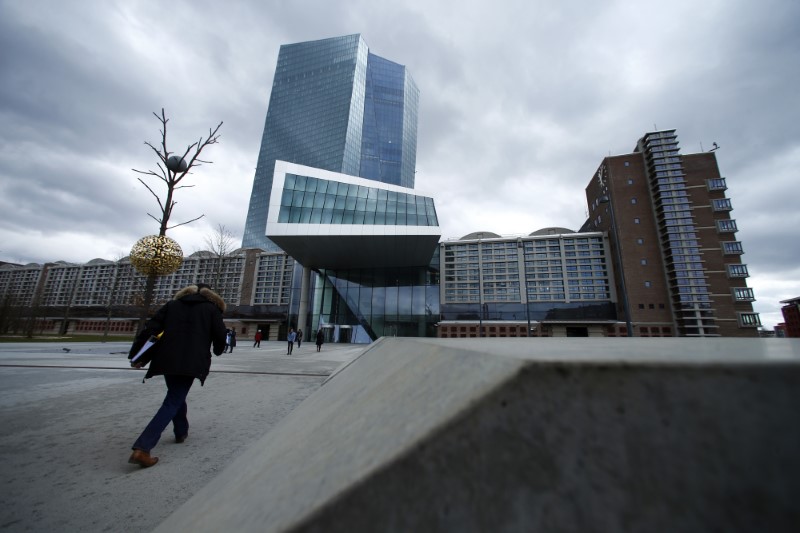 FRANKFURT (Reuters) – The European Central Bank will debate on Thursday whether to end its huge asset purchases by year-end, in what would be its biggest step toward dismantling crisis-era stimulus credited with pulling the euro zone economy out of recession.

Meeting as growth is slowing and political populism threatens to set off market turbulence, the ECB is expected to argue that its 2.55 trillion euro ($3.00 trillion) bond-buying scheme has done its job in bringing the 19-member currency bloc back from the brink of collapse.

Whether policymakers take the actual decision at their meeting in Riga on Thursday or hold off until July appears secondary as they have long argued that the scheme, commonly known as quantitative easing (QE), should be concluded and the policy focus shift to the expected path of interest rates.

The biggest complication could be the increasingly murky economic outlook, weighed down by a developing trade war with the United States, a populist challenge from Italy’s new government and softening export demand.

But these factors could actually hasten the ECB’s decision rather than hold it back as the bank has little policy firepower left and a further weakening of the outlook could make a later exit more difficult.

“We believe the ECB may be in a hurry to close the QE chapter,” Bank of America Merrill Lynch (NYSE:) said in a note to clients. “We think this is essentially political, as the ECB would not want its monetary policy to be affected by claims of supporting or conversely impairing the new policy course in Italy.”

A broader slowdown could also make it harder to end stimulus, but the ECB has no mandate to prop up growth and Draghi is likely to argue that current rate of expansion is healthy enough to generate inflation, the ECB’s ultimate aim.

FACTBOX on what to expect from the ECB:

FACTBOX on key comments before the meeting:

Any decision will hinge on whether the ECB thinks the rebound in inflation is sustainable and that price growth will continue to rise toward its target of almost 2 percent.

While much of the recent inflation is due to higher oil prices, increasing labor costs and a persistent drop in unemployment across the bloc suggests that the underlying trend is also favorable.

ECB chief economist Peter Praet, a close Draghi ally and one of the most dovish members of the rate-setting Governing Council, recently argued that progress has been made on the bank’s inflation criteria, suggesting that a decision to gradually wind down the purchases is imminent.

“We think the ECB will conclude that conditions are met for QE to end,” BNP Paribas (PA:) economist Luigi Speranza said. “Whether this is also accompanied by the details on the when and how is more open. June or July, the bottom line does not change: net asset purchases are set to end soon.”

The euro’s 5 percent fall against the dollar since April is also helping the ECB as the weaker currency is increasing the cost of imports and boosting inflation. While a rebound is likely, the U.S. Federal Reserve is expected to keep tightening policy, limiting the potential for a big rise in the euro.

Indeed, the Fed raised rates on Wednesday, dropped a pledge to keep them low enough to stimulate the economy “for some time” and signaled it may hike borrowing costs somewhat faster than earlier projected.

New guidance on interest rates, which the ECB has promised and could deliver on Thursday, would also be closely scrutinized. The current formulation ties the first hike to the end of asset purchases, stipulating that it would only come “well past” the end of QE.

The new guidance is expected to say that rates will stay at their present level for some quarters but as long as the expected path of inflation is consistent with rates.

Such a formulation would not commit the ECB to a move more than a year into the future while also allowing policymakers to delay the hike if the outlook worsened.

Markets are currently pricing in a 10 basis point hike in the ECB’s benchmark refinancing rate — currently at zero percent — by June 2019, with expectations having firmed in recent weeks. While rate moves will not be on the ECB’s agenda for months, policymakers in public and private have said that market pricings for such a move are realistic.

The ECB shifts its policy meeting from Frankfurt to a euro zone capital once a year and Thursday’s gathering is being held in Riga, a sensitive issue for the bank as Latvia is unable to vote in policy meetings due to a legal dispute.

Latvian authorities detained central bank chief Ilmars Rimsevics in February on accusations of having solicited a bribe and he has been barred by Latvian authorities from working as governor, preventing him from taking part in ECB meetings, including interest rate decisions.

The ECB took the Lavtian government to the European Court over the case, accusing Riga of illegally removing Rimsevics as he has not been convicted any crime.

Rimsevics has denied any wrongdoing.