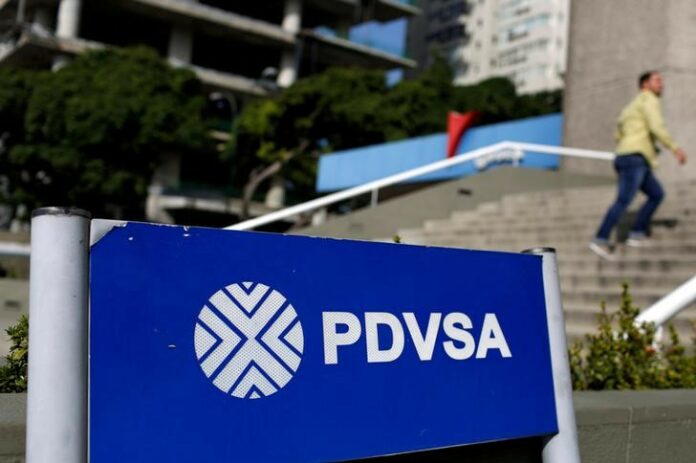 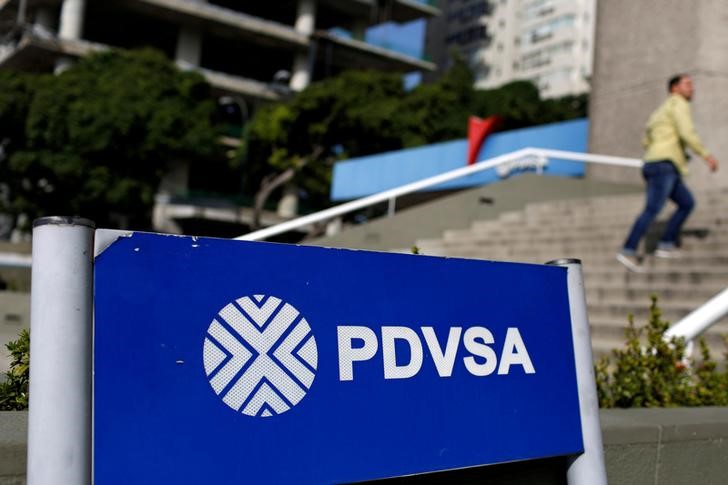 © Reuters. FILE PHOTO: A man walks past a gas station with the logos of the Venezuelan state oil company PDVSA in Caracas

HOUSTON (Reuters) – Venezuela is considering refining foreign crude for the first time to produce fuels like gasoline or diesel, according to internal planning documents seen by Reuters on Wednesday, in the latest sign of the country’s strain to meet obligations to customers despite having the world’s largest crude reserves.

State-run oil company PDVSA has drawn up a plan to process up to 57,000 barrels per day (bpd) of foreign crude in June at the country’s largest refinery to fulfill export contracts and reduce purchases of fuels for domestic use, the documents showed.

The oil company has been falling short of fuel exports in recent years due to a lack of lighter crudes to refine, spare parts, poor maintenance and management upheaval at its 1.3 million-barrel-per-day (bpd) domestic refining network. PDVSA also lost access in May to inventories produced in Curacao, where it operates the 335,000-bpd Isla refinery.

U.S.-based ConocoPhillips (N:) last month seized some of PDVSA’s assets in the Caribbean seeking payment for a $2 billion arbitration award, and reducing PDVSA’s ability to deliver fuel and crude exports to Asian customers and regional allies.

PDVSA did not respond to a request for comment.

The OPEC member country had never before imported foreign crude for its domestic refineries, although it has mixed African, Russian and U.S. crudes with its extra heavy oil to make exportable products. It also has purchased foreign oil for Caribbean refineries and to supply allies, including Cuba.

In May, the country produced 1.53 million bpd of crude, according to numbers delivered to OPEC, but other sources put the figure at 1.39 million bpd, which would be the lowest monthly output since the 1950s.

If PDVSA chooses to run the imported crude, one of two scenarios outlined in the planning documents, the imports would alleviate a lack of domestic lighter crudes needed at the refineries, which have been running at about a third of their capacity. It could use Russia’s Urals, Iranian Light or Angola’s Girassol, according to the documents.

“The larger processing of crude would increase our fuel availability. It would also decrease the requirements (to import) of vacuum gasoil and diesel,” one of the documents said.

The alternative, not using imported crude, would mean the shortfall in fuel contracts would increase, the document showed. Most of these fuel contracts cover oil-for-loans with Chinese and Russian companies.

As of June 13, two tankers holding Urals crude were waiting in Venezuelan waters to discharge, according to Thomson Reuters vessel tracking data. One of the two, the Advantage Atom, is waiting near its Amuay refinery.

Venezuela in January started routine imports of Urals crude to supply Cuban refineries, spending nearly $440 million on the purchases for its Socialist ally.

The Urals cargoes had been discharged in Curacao for transfer to Cuba, but since Conoco began seizing PDVSA’s Caribbean assets, tankers arriving from Russia have been diverted to Venezuela’s Paraguana Refining Center (CRP), which includes its Amuay and Cardon refineries.