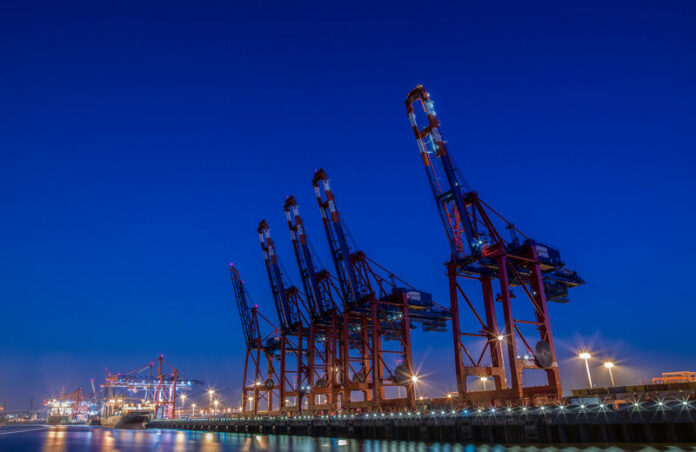 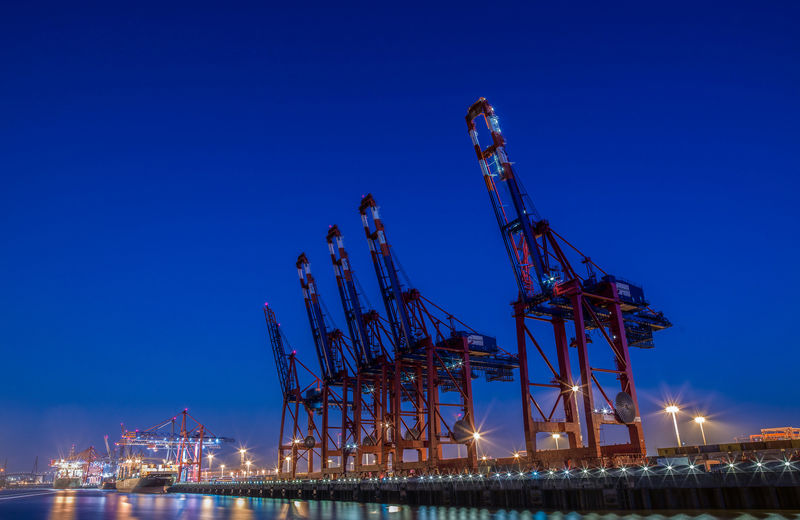 © Reuters. FILE PHOTO: Loading cranes are seen at a shipping terminal in the harbour in Hamburg

By Michael Nienaber and Joseph Nasr

BERLIN (Reuters) – The DIW economic institute has slashed its growth forecast for Germany due to an unexpectedly weak start to 2018 and risks from abroad including concerns about Italy’s new government and the escalating trade conflict with the United States.

“Uncertainty arises mainly from growing concerns about some European countries, mainly Italy, and the possibility of an escalating trade conflict between the United States and the rest of the world,” DIW said.

The uncertain business outlook is causing companies worldwide to scale back investments and this is putting the brakes on German export growth, DIW added.

“The situation in Italy is causing the fear of a resurgence of the euro zone debt crisis,” DIW head Marcel Fratzscher said.

“It’s a wake-up call for politicians in Europe, especially for the German government, to finally lean into the reform debate for a more crisis-prone Europe.

“The proposals and options are on the table, now it’s time for action. European nations have to put up a united front, also against Trump and his protectionism,” Fratzscher said.

France and Germany, the euro zone’s two biggest economies, want to agree a roadmap for European Union reforms by June 19 in order to present later to EU leaders at the June 27-28 summit.

French President Emmanuel Macron wants a fund set up that would help countries facing an economic shock and smooth out divergences among members’ economies.

But German Chancellor Angela Merkel has been reluctant to commit to anything that could see the transfer of taxpayer funds to other countries, including in the form of a deposit insurance scheme for banks.

The Economy Ministry said in its monthly report on Wednesday that Germany’s economic upswing was losing some momentum, with the growth outlook clouded by the festering trade dispute and risks linked to Italy’s new coalition government.

“This is expressing itself in the real economy through a wait-and-see approach, especially when it comes to investments,” the ministry added.

The economic upswing is nevertheless set to continue because private consumption remains bullish and exports are still robust due to Germany’s highly diversified portfolio of manufacturing products and export markets, the ministry added.

Economy Minister Peter Altmaier said on Tuesday the government was sticking to its most recent growth forecasts of 2.3 percent for this year and 2.1 percent for 2019 despite increased trade tensions that surfaced at the Group of Seven summit at weekend in Canada.

If the trade conflict between the United States and other countries intensifies, it could negatively impact the global economy and there are indications this is already happening, the head of the World Trade Organization said in an interview.

Asked if there was a risk for the global economy, WTO Director-General Roberto Azevedo told German business daily Handelsblatt: “Absolutely. If the trade dispute escalates, there’s the risk of a global downturn and we’re already seeing signs that this downward process has already started.”

Azevedo added it was crucial to maintain dialogue to avoid an escalation.

Following the G7 summit in Canada over the weekend, International Monetary Fund chief Christine Lagarde on Monday led an attack by global economic organizations on Trump’s “America First” trade policy, warning that clouds over the global economy “are getting darker by the day”.