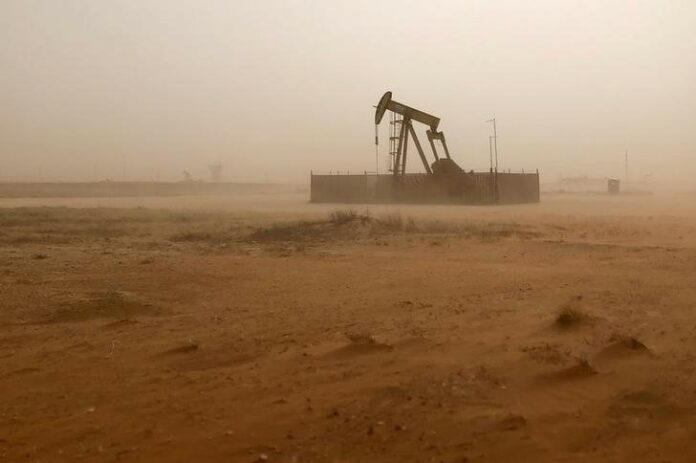 SINGAPORE (Reuters) – Oil prices fell on Wednesday, pulled down by rising supplies in the United States and expectations that voluntary production cuts led by producer cartel OPEC could be loosened.

The Organization of the Petroleum Exporting Countries (OPEC), together with some non-OPEC producers including Russia, started withholding output in 2017 to reduce a global supply overhang and push up prices.

The group is due to meet on June 22 in Vienna, Austria, to discuss future production policy.

In the United States, the American Petroleum Institute (API) reported on Tuesday that crude oil inventories rose by 830,000 barrels in the week to June 8, to 433.7 million.

The rising stocks are in part a result of the surge in U.S. crude oil production

“With rising production from U.S. shale adding to oil’s woes and reviving oversupply concerns, further downside could be a possibility in the short to medium term,” Otunuga said.

Official U.S. production and inventory data is due to be published by the Energy Information Administration (EIA) later on Wednesday.