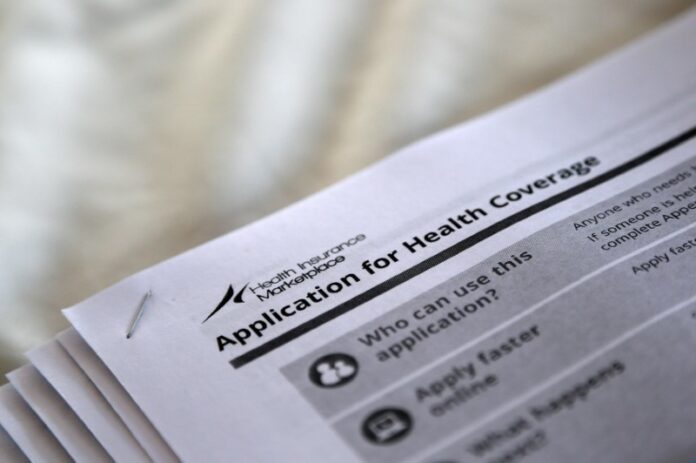 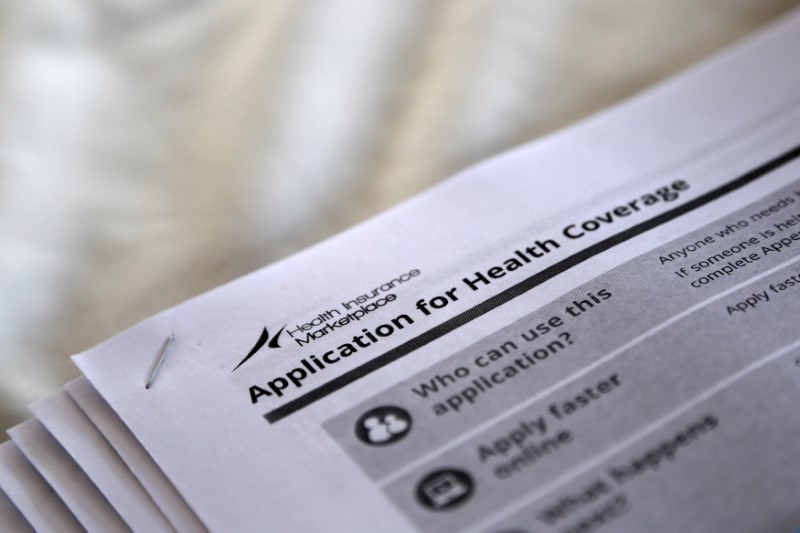 © Reuters. FILE PHOTO – Applications are seen at a rally held by supporters of the Affordable Care Act in Jackson Mississippi

(The writer is a Reuters columnist. The opinions expressed are his own.)

You sign up for an Affordable Care Act (ACA) marketplace exchange health policy sometime before you turn 65 – and then you mistakenly stay there past age 65, when by law you need to switch to Medicare. That results in costly lifetime late-enrollment penalties on your Medicare premiums.

Rest assured, you are not alone. Everyone faces the risk of late enrollment penalties – and things can get especially tricky for those transitioning out of ACA exchange policies. Confusion about the transition from ACA plans to Medicare has been so widespread that the Centers for Medicare & Medicaid Services (CMS) opened up a window for a limited time last year allowing people caught in the switches to apply for relief from the penalties.

Now, CMS is expanding that opportunity, but the deadline for straightening out the problem is Sept. 30.

Eligibility for Medicare begins at 65 for most people, and sign-up is automatic if you already receive Social Security benefits. You do not need to sign up if you still have health insurance through your job or from a spouse’s employer. If not, it is important to enroll sometime in the three months before your 65th birthday up through the three months following, because failing to do so leads to expensive premium penalties.

Monthly Part B premiums jump 10 percent for each full 12-month period that you should have been enrolled, and that can really add up. The Medicare Rights Center (MRC), which counsels seniors on Medicare enrollment, offers this example: If you turned 65 in 2010 and delayed signing up for Part B until this year, your monthly premium would be 70 percent higher. The $134 base Part B premium, with the penalty, is now $227.80.

Your Part B Medicare tab just jumped about $1,130 for the year. But the real pain comes over time, since the penalties stick with you as long as you have Medicare. (The Part D prescription drug program also charges a penalty of 1 percent per month of late enrollment.)

Enrollment in an ACA exchange plan is not an allowable reason to delay Medicare enrollment. Problems have cropped up for people who enrolled in marketplace plans before age 65 and then kept them rather than switching to Medicare at age 65. The motive could be financial – ACA plan users who qualify for federal subsidies may find that their plans are less expensive than Medicare.

In some cases, the failure is a simple misunderstanding.

Initially, people caught up in this problem were informed they would have to repay exchange plan subsidies – and that they would be subject to Medicare late-enrollment penalties and be limited in when they could enroll in Medicare. Confusion about time-limited relief has extended to the Social Security Administration field offices, where some enrollees have received incorrect advice from staff.

CMS decided in March 2017 to allow people who should have signed up at age 65 to apply for “time-limited equitable relief,” which allows them to enroll in Part B without penalties, or reduce them for people already enrolled and paying penalties. (The relief also applies to people under age 65 who are eligible due to disability.) People who became eligible for Medicare on April 1, 2013, or later are eligible if they already are enrolled in Part A and in a marketplace plan. The new expansion, announced in late May, offers possible relief to people who should have signed up for Part B during a special enrollment period that ended Oct. 1, 2013, or later but instead used exchange plans.

“It’s a really great opportunity for people to get into Part B without facing gaps in coverage or late enrollment penalties,” said Beth Shyken-Rothbart, senior counsel for client services at MRC.

Relief is considered on a case-by-case basis, and the best way to find out if you qualify is to visit your local Social Security office. Bring along all the relevant paperwork, including evidence that you have been enrolled in a marketplace plan.

But that brings us back to the uneven quality of advice available from the SSA. “We have seen a real variety in how field offices across the country are handling these cases,” said Shyken-Rothbart. “Some field office staff are better educated than others and unfortunately the offices that have staff that are uninformed about this process have incorrectly turned people away, telling them that they are not eligible for this relief.”

Asked to comment on the problems, SSA spokeswoman Nicole Tiggemann told me this: “The laws regarding time limitations on equitable relief for enrolling in Medicare Part B can be complex. As a cautionary measure, Social Security provided staff with detailed refresher training … we also will discuss this issue with operations managers on a nationwide call so they can remind employees of the requirements for offering equitable relief, as outlined in our policy.”

In other words – there is a problem, and the SSA is working on it. That being the case, MRC suggests bringing along a copy of the instructions that SSA has sent to field offices explaining the relief rules – in case you encounter staff who have not gotten the word. Download a copy of those instructions here: (https://