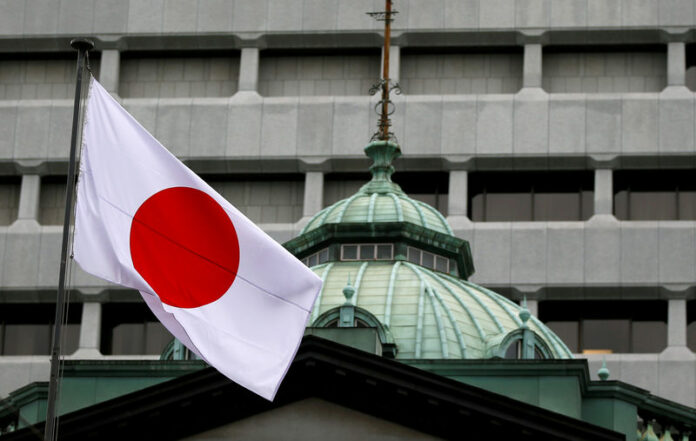 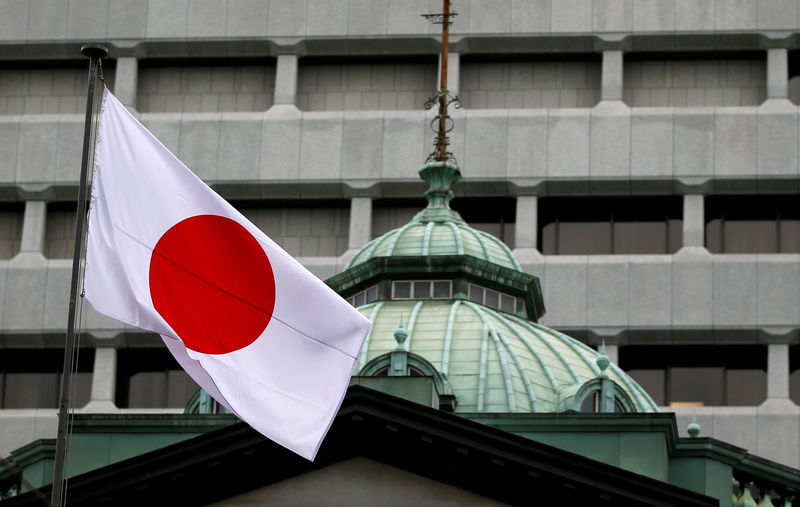 By Leika Kihara and Izumi Nakagawa

TOKYO (Reuters) – Japan’s “Abenomics” stimulus program is sputtering just as the government and the central bank wanted to tap the brakes, heightening the chance they will be forced to fight the next economic downturn with a near-empty policy arsenal.

Analysts say Japan will avoid a recession – two consecutive quarters of contraction – and suggest the first-quarter slump was a soft patch caused by temporary factors like bad weather and weak stock markets.

But there are signs growth is moderating after two years of expansion. Factory output slowed and inventory rose in April, a sign firms may have overestimated global demand.

Escalating trade frictions from U.S. President Donald Trump’s protectionist policies are taking a toll on business sentiment, which turned negative for the first time in a year, according to a government survey.

Wages are barely rising, even as companies reap record profits from Prime Minister Shinzo Abe’s policies. Household spending slumped in April and service-sector activity slowed in May, casting doubt on the strength of consumption – which makes up 60 percent of the economy.

And unlike five years ago, when the Bank of Japan deployed a “bazooka” stimulus package to pull the economy out of stagnation, the central bank is now out of ammunition to spur growth.

Such debate has died down as clouds hang over the recovery and inflation remains disappointingly weak, they say.

“When inflation is so subdued, it’s hard to signal even prospects of a future exit from easy policy,” said one of the sources, expressing a view echoed by two other sources. All declined to be identified because they were not authorized to speak to the media.

Although gloomier economic prospects could keep the central bank from whittling down stimulus, the threshold for further monetary easing is high. It would take a sharp increase in the yen, or an external shock big enough to tip the economy back into stagnation, for the central bank to ramp up stimulus, the sources say.

There is little room to boost bond buying, as years of purchases have left the BOJ owning nearly 40 percent of the entire bond market.

Some in the central bank say the next move is up to the politicians, though Japan’s dire fiscal state leaves Abe with little room for a big spending spree.

With Japan saddled with the biggest public debt of any major economy, Abe insists he will proceed with a twice-delayed increase in the sales tax next October barring an event on the scale of the 2008 collapse of Lehman Brothers.

But the outlook for a softer economy throws into doubt his commitment to balance the budget – a pledge already watered down after he pushed the target date back five years to 2025.

Abe has already voiced readiness to boost spending to offset the pain from the planned sales tax increase, mostly through tax breaks and incentives for car and home purchases.

Some analysts say the government could compile a supplementary budget, set up on top of annual budget spending to handle unexpected expenditures, worth up to 3 trillion yen ($27 billion) this year. But spending could also rise sharply if growth starts to peter out earlier than expected, government officials say.

Some ruling party lawmakers are privately lobbying for a package of up to 5 trillion yen, roughly the size of the annual revenue expected from the sales tax increase, they say.

Junior ruling party lawmakers close to Abe, meanwhile, have recently issued a proposal to the government calling for a permanent freeze of the sales tax level.

Although the group cannot make policy on its own, its proposal may reflect Abe’s hope of leaving all options on the table, government officials say.

“The prime minister is quite keen to raise the sales tax rate this time,” said a senior government official with knowledge of the deliberations, who also declined to be identified because he was not authorized to speak to the media. “But the decision doesn’t have to be made until the end of this year.”

“I think there’s still a 50 percent chance Abe will postpone the sales tax hike” as the economy may not rebound as strongly as hoped, he said. “Still, there’s really not much the central bank or the government can do to effectively prop up growth.”