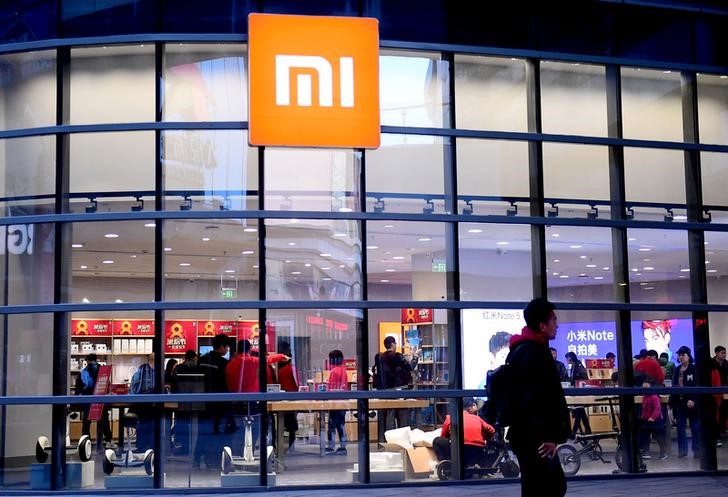 © Reuters. Man walks past a Xiaomi store in Shenyang

SHANGHAI/HONG KONG (Reuters/IFR) – Chinese smartphone maker Xiaomi has lowered its likely valuation to between $55 billion and $70 billion following its decision to delay its mainland share offering until after its Hong Kong IPO, three sources with direct knowledge of the matter said.

The delay was triggered by a dispute between the company and regulators over the valuation of its China depositary receipts (CDRs), sources said, casting doubt on Beijing’s efforts to lure foreign-listed Chinese tech giants back home.

Xiaomi Corp [IPO-XMGP.HK] () is using a range of $55 billion to $70 billion in its discussions with potential cornerstone investors ahead of the planned launch of its Hong Kong initial public offering (IPO) later this week, two sources said.

The sources declined to be named because the discussions were not public. Xiaomi did not immediately respond to a request for comment.

The new valuation is far below the $100 billion valuation touted by sources earlier this year and still well below the more recent floor price of $70 billion that the company and its advisers had informally used as guidance for investors.