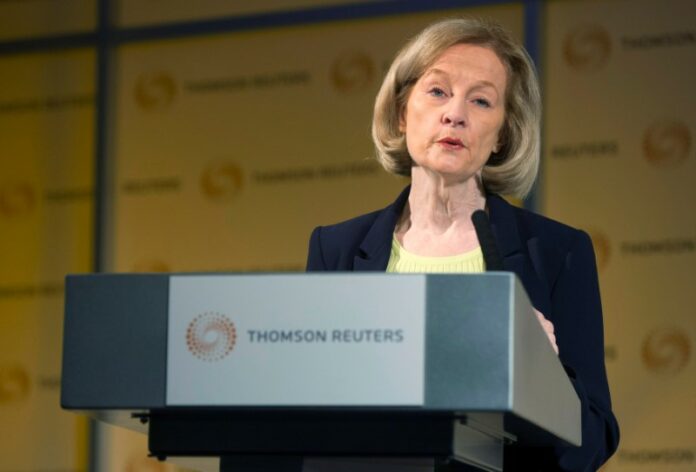 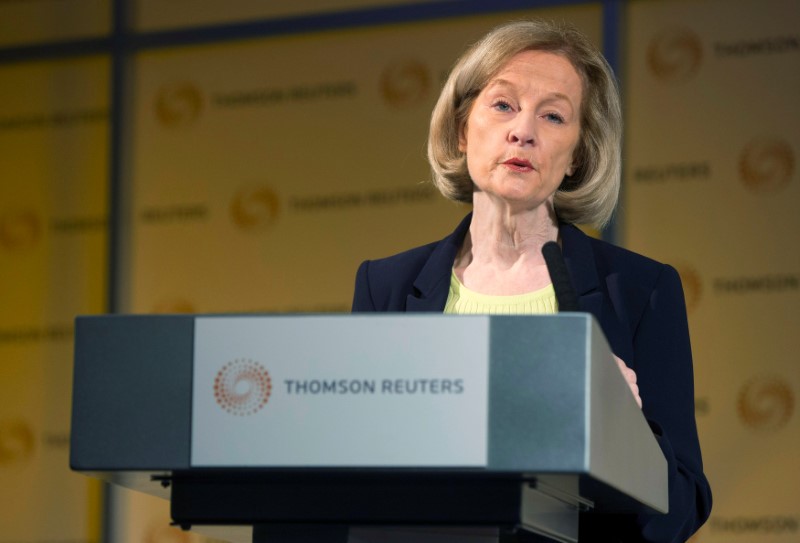 © Reuters. FILE PHOTO: Daniele Nouy, chair of the Supervisory Board of the European Central Bank speaks at a Thomson Reuters newsmaker event in London

BRUSSELS (Reuters) – The European Central Bank could ditch a plan to impose new rules on all euro zone banks under its watch to reduce their bad loans, and could instead move toward a “case-by-case approach”, the head of its supervisory body said on Tuesday.

Plans by the ECB’s Single Supervisory Mechanism (SSM) to force banks to set aside cash within a given timeframe against the large pile of soured credit they hold has met resistance from bankers, lawmakers and even within the central bank.

The EU parliament has argued the ECB does not have a mandate to impose general capital rules and can only act on specific lenders that it deems in trouble.

In what appears to be a concession to its critics, ECB supervisor Daniele Nouy told the economic committee of the European Parliament the solution could be to revert to a case-by-case approach, which reflects the ECB’s usual prerogatives.

“We are more going to a case-by-case approach, probably, but with some safety elements,” she told lawmakers on Tuesday, adding no decision had yet been taken.

Sources told Reuters earlier on Tuesday that the final decision could come this summer.

The SSM has already introduced rules on loans that go unpaid, so-called flows, giving banks seven years to provide for them if they are backed by collateral and two if they are not.

In a potential hint about future plans of how to address the 721-billion-euro ($837 billion) stock of bad loans at the banks it supervises, Nouy said: “We do believe that at a certain moment the stock and the flows have to be treated similarly, because it is difficult to explain that similar risks are treated differently.”

“We have to find a good way of being both ambitious and realistic,” she added.