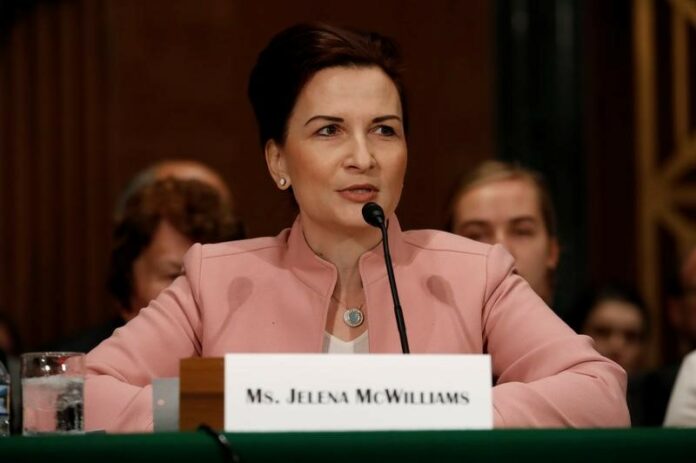 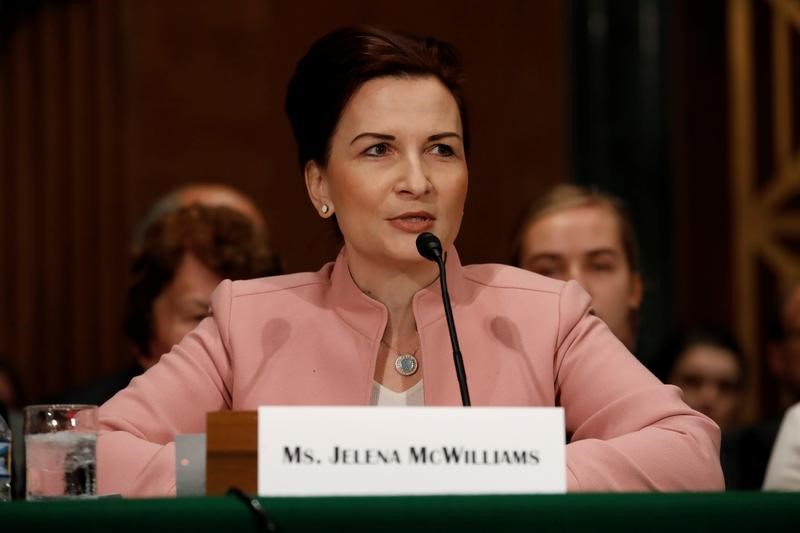 Jelena McWilliams, who became FDIC chair this month, said she wants the regulator to be more transparent about how it rates banks’ financial health using the so-called CAMELS rating system.

CAMELS has not been modernized in more than 20 years, said McWilliams, a former banker who was appointed by President Donald Trump.

“The more transparent and accountable we can be in the process of how we do things, I think, the more likely regulated agencies can give us genuine feedback,” she told an industry conference during her first public appearance since becoming FDIC chair.

“I am willing to take a look and review the CAMELS rating,” she added.

McWilliams was addressing an event hosted by the Securities Industry and Financial Markets Association and The Clearing House, both Washington-based trade groups.

The FDIC guarantees customer deposits in case a bank fails and has the power to seize banks that are judged to be on the verge of collapse. Like other bank regulators, the FDIC uses the CAMELS system to measure a bank’s overall financial condition.

The system assesses capital adequacy, asset quality, management capability, earnings, liquidity and risk sensitivity. The Clearing House and other groups have complained that the system, as applied by the FDIC, is opaque because banks are not able to contest their rating.

McWilliams said she soon intends to open the CAMELS system and other regulations to public comment so lenders and academics can advise whether the rules have shortcomings.

“Are the regulations applied to banks uniformly, are they appropriate for where we are today, and what does that mean for the system?” McWilliams said of the issues she plans to review.