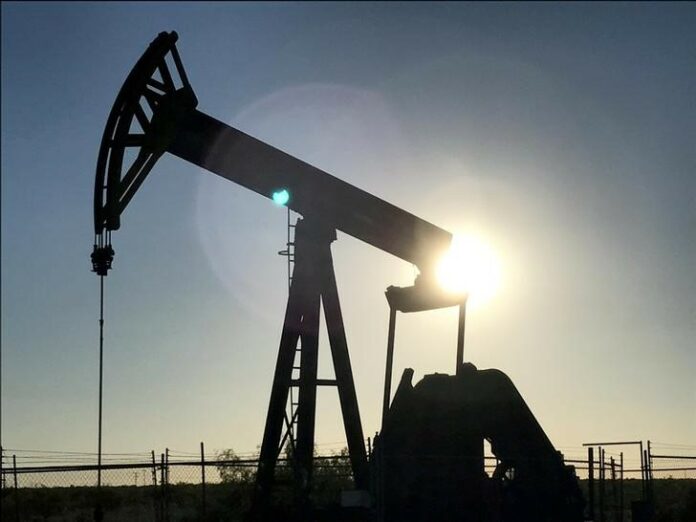 NEW YORK (Reuters) – Oil fell on Tuesday ahead of a possible increase in OPEC crude supply, and as an escalating trade dispute between the United States and China unleashed sharp selloffs in many global markets.

“WTI is more vulnerable to spillover from today’s hard selloff in global equities than is Brent as the differential between the two benchmarks has stretched back to above $10 per barrel,” Jim Ritterbusch, president of Ritterbusch and Associates in Galena, Illinois, said in a note.

“Brent is being relatively supported this week by increasing concerns over lost Libyan supply in which as much as 400,000 barrels per day of output has been impacted by an attack on two key terminals,” he wrote.

Both benchmarks are being dragged down by the escalating trade conflict between the United States and China. The two countries are threatening punitive tariffs on each other’s exports, which could include oil.

Chinese stocks fell to their lowest in almost a year, while in the United States, all three major stock indexes were down, with the erasing its gains for the year.

On Friday, the Organization of the Petroleum Exporting Countries (OPEC) and its allies are set to meet in Vienna, where they are expected to update their 2017 supply withholding agreement.

Expectations are growing that OPEC and partner Russia will increase production in order to make up for output declines in Venezuela and potential shortfalls from Iran, which is facing renewed U.S. sanctions.

Russia and Saudi Arabia are pushing for a steep production increase, with Russian Energy Minister Alexander Novak saying he wanted to raise output by 1.5 million barrels per day (bpd).

“We share the general expectation that supply quotas will be increased, but probably more in line with the smaller range being quoted (300,000-600,000 bpd) given the lack of consensus amongst OPEC members,” said Jack Allardyce, oil and gas research analyst at Cantor Fitzgerald Europe.

Oil traders are closely watching China’s threat to place a 25 percent duty on U.S. crude oil imports, which have surged since 2017 to a value of almost $1 billion per month.

An escalation of the trade conflict between the two biggest economies could result in a decline in global oil demand, analysts said.