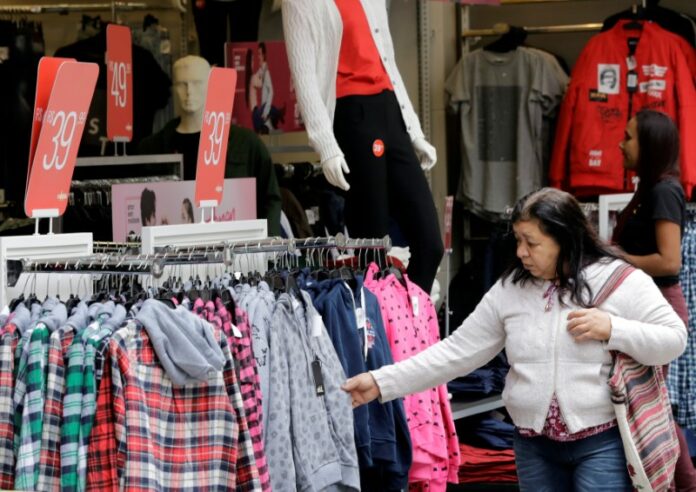 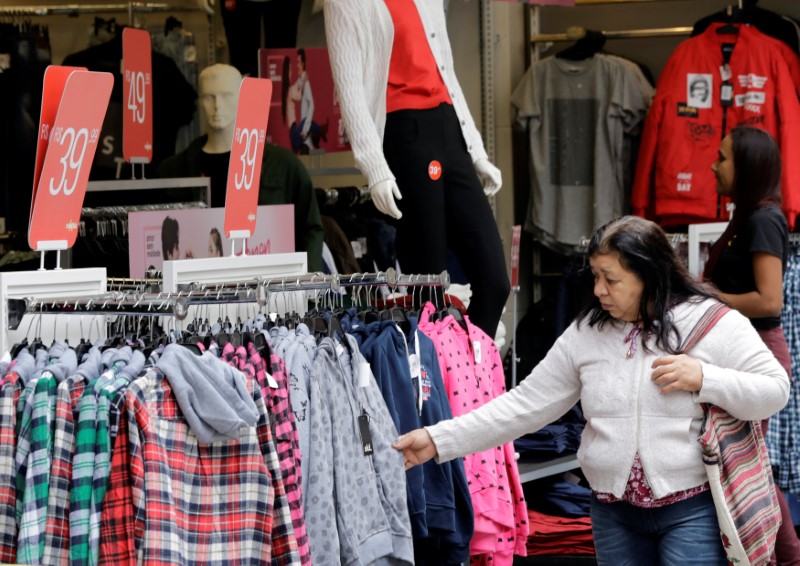 © Reuters. A consumer checks clothes in a store in downtown Sao Paulo

BRASILIA (Reuters) – Product shortages driven by an 11-day truckers’ strike in late May likely lifted Brazilian consumer prices in the month to mid-June by the most in more than two years, driving the annual inflation rate comfortably back to the official target range.

The benchmark IPCA index probably rose 1.00 percent from mid-May, according to the median of 21 forecasts compiled in a Reuters poll of economists.

That would be the fastest monthly pace since mid-February 2016, after truckers protesting high diesel prices blocked major roadways, nearly paralyzing key sectors and forcing farmers to cull their flocks and dump spoiled milk.

Yet the estimates for the release, scheduled for Thursday at 9:00 a.m. local time (1300 GMT), covered a wide interval, highlighting how economists who were caught off-guard are now struggling to calculate the economic impact of the strike.

The spread between the highest and lowest estimates, 0.50 percent and 1.40 percent, was the widest since Reuters began compiling the statistic in November 2014.

“It’s clear that the strike had a major economic impact, most significantly on inflation, but exactly how large remains to be seen,” said Fernando Rocha, an economist at JGP Gestão.

Consumer prices likely rose 3.52 percent from the year before, based on the median of 20 forecasts, as higher power costs also helped drive inflation sharply higher from a 2.86 percent reading at the end of May. Estimates ranged between 2.85 and 3.63 percent.

That would lift the 12-month rate back to the central bank’s target range for 2018 — 4.5 percent plus or minus 1.5 percentage points — for the first time since mid-January. Policymakers have struggled to reignite price hikes amid double-digit unemployment.

Coupled with a currency selloff that drove the Brazilian real to the weakest in two years, raising import costs, that could lead the central bank to take a more hawkish stance.

“We do not expect the central bank to hike rates for now, as inflation remains low, expectations well anchored, and the output gap wide. However, we think it is appropriate to shift toward more hawkish rhetoric, given the change in the balance of risks for inflation,” JPMorgan (NYSE:) economists wrote in a report.

A Reuters poll last week showed the central bank is likely to hold off on raising rates until 2019 despite the currency selloff. The bank is widely expected to hold interest rates at a record low on Wednesday.