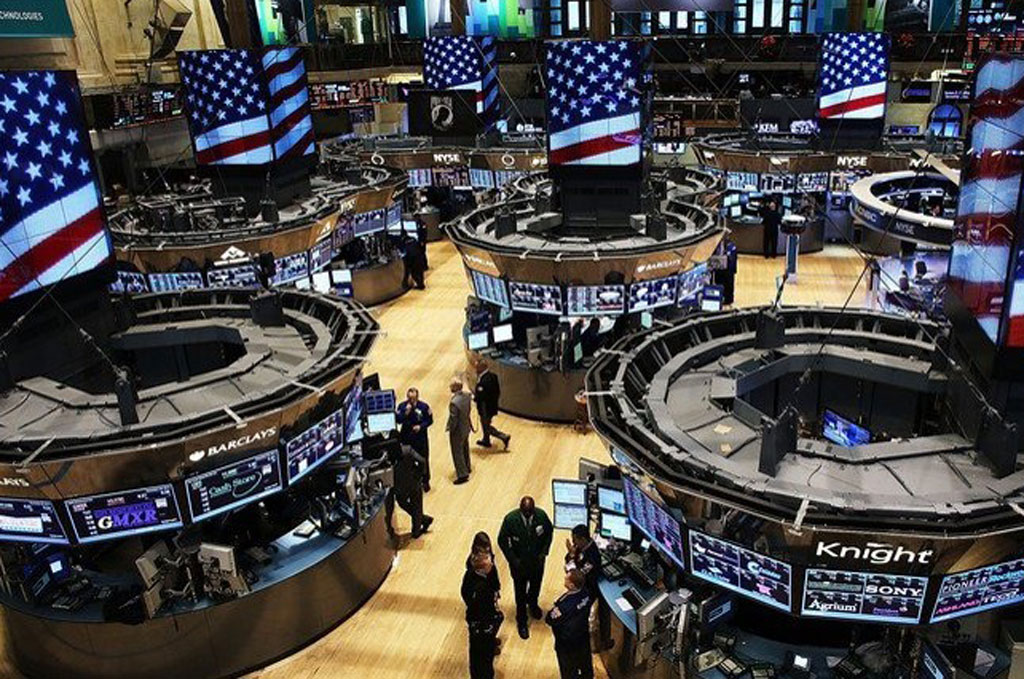 NEW YORK: US stocks slumped on Tuesday, with the Dow Jones Industrial Average erasing its gains for the year, as markets were rattled by a sharp escalation of the trade dispute between the United States and China.

US President Donald Trump, in an unexpectedly swift and sharp move, threatened to impose a 10 percent tariff on $200 billion of Chinese goods and Beijing warned it would retaliate.

Trump said his move followed China’s decision to raise tariffs on $50 billion in US goods, which came after US announced similar tariffs on Chinese goods on Friday.

“From a negotiation perspective, it’s a powerful tool. From a market perspective, it leads to increased uncertainty. In the near-term, we would expect to see volatility in markets as they attempt to price in the net impact of tariffs,” said Michael Olivia, a financial planner with Westpac Wealth Partners.

The sell-off was broad-based, with 29 of the 30 Dow components in the red and eight of the 11 major S&P sectors lower.

Volatility returned with a bang. The CBOE Volatility Index , commonly known as Wall Street’s fear gauge as it measures expected near-term volatility in the S&P 500, hit a near three-week high of 14.68 points, before easing to 13.74.

Demand for safe havens saw yield on the 10-year benchmark US Treasury drop to its lowest in more than two weeks, while gold prices edged higher.

The small-cap Russell 2000 index was down 0.5 percent, a smaller drop than its large-cap peers, as its components are relatively more insulated to a global trade war.

“Everybody will have their eyes on the Russell 2000 because people begin to think small-cap US companies, that aren’t subject to the winds of international trade negotiations, is the right place to hide out,” said Michael Antonelli, managing director, institutional sales trading at Robert W. Baird in Milwaukee.

The S&P materials index declined 1.8 percent and the industrials index fell 1.5 percent. The tech and energy were down more than 1 percent.

Shares of Boeing, which has acted as a proxy for trade war tensions with China as it is the single largest US exporter to the country, fell 3 percent, weighing the most on the Dow. It was followed by construction equipment maker Caterpillar, which dropped 2.8 percent.

Chipmakers, which depend on China for a large portion of their revenue, also slipped, with Intel down 1.7 percent.

US-listed shares of Chinese companies tumbled, with e-commerce giant Alibaba down 2.3 percent and JD.com off 4 percent.