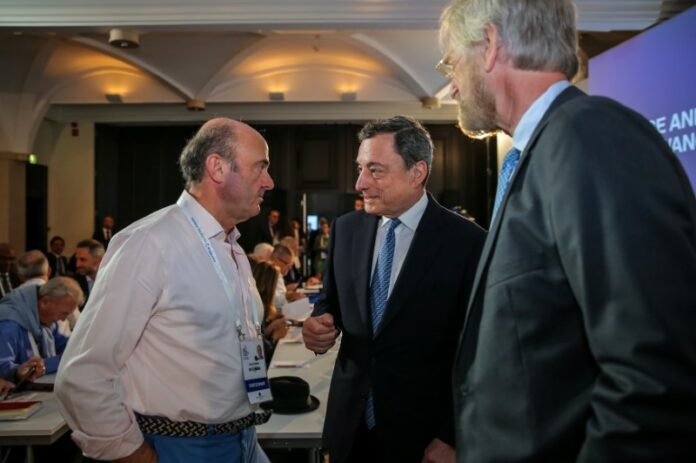 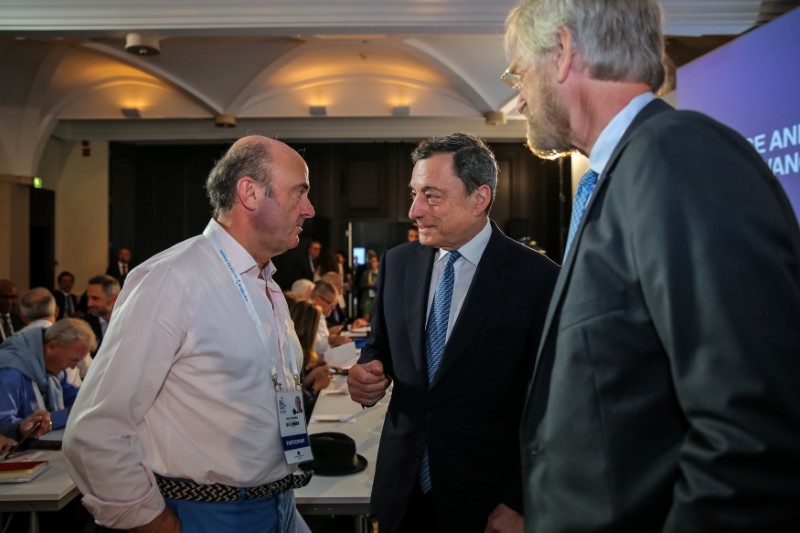 There was an eerie calm at the ECB’s annual get-together of policymakers and academics at the bank’s hallmark policy forum in the Portuguese hilltop town of Sintra.

Just days earlier, President Mario Draghi had pulled off the major feat of announcing the upcoming end of the ECB’s 2.6 trillion euro stimulus program, while keeping the euro and bond yields in check.

Yet conversations with high-ranking officials and policymakers suggested the growing fears of a trade war waged by Donald Trump’s U.S. administration against its main trading partners were casting a shadow over the economy and the ECB’s own policy path.

“Protectionism will have a bigger impact than now estimated,” one of the sources said.

“Unwinding ECB accommodation is also a risk. I don’t think it’s been fully priced in and markets will wake up one day.”

Extending bond purchases into 2019 was not a realistic option, barring a large economic shock.

But Draghi went out of his way on Tuesday to stress the ECB will be “prudent” when timing its first rate hike in eight years in the autumn of 2019, and any further hike will be “gradual”.

And some sources already believed the ECB’s new economic forecasts, unveiled barely a week earlier, may prove too optimistic as indicators of future activity keep disappointing.

“Just look at the leading indicators: they keep surprising on the downside,” one of the sources said. “There is a facade of optimism in the forecasts.”

The ECB already expects the euro zone economy to slow over the next three years, growing by 2.1 percent this year, 1.9 percent the next and 1.7 percent in 2020.

Draghi emphasized last week the forecasts did not factor in “the effects of trade measures that have not been implemented yet” – a likely reference U.S. tariffs on steel and aluminum that took effect after the forecasts’ cut-off date.

“The risk of a trade war can’t be quantified and if central bankers can’t measure something, they prefer not talking about it,” a third source added.

Trump slapped tariffs on steel and aluminum from Canada, Mexico and the European Union, threatened to kill the North American Free Trade Agreement and is studying new tariffs on car imports, a particularly important issue for Germany.

The EU, Canada and Mexico have all responded to the U.S. move, announcing counter-measures and legal challenges at the World Trade Organization.

While the U.S. tariffs impact a relatively narrow group of products, tit-for-tat responses could spiral into a fully-fledged trade war, which would slow growth and make currency moves unpredictable.

The exchange rate is a key variable for the euro zone. Much recent growth has come from German exports, and less competitive countries at the edge of the bloc such as Italy, Greece and Portugal can ill afford a stronger euro.

For now, the single currency was close to its lows for the year at around $1.1571, thanks both to Draghi’s cautious words and to the Federal Reserve’s seventh rate hike since 2015.

But, in a sign of their nerves, ECB policymakers were still checking every small tick of the exchange rate, fearing a repeat of the spike to $1.25 hit earlier this year when Trump stepped up his weak dollar rhetoric.