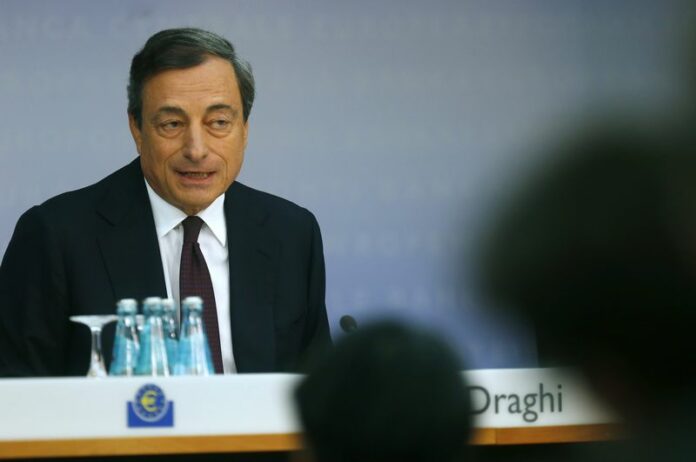 (Bloomberg) — European Central Bank President Mario Draghi threw his weight behind proposals from the French and German governments to revamp management of the euro-area economy, while calling for more details.

German Chancellor Angela Merkel and French President Emmanuel Macron this week jointly called on fellow governments to set up a regional budget starting in 2021 and beef up the role of the euro-zone bailout fund, as they seek fresh ways to shore up the 19-nation currency bloc after a decade of financial crises and recession.

“It’s an important step,’’ Draghi said on a panel of an ECB forum in Sintra, Portugal on Wednesday. “The document is vague and much work will be needed.”

Draghi and fellow central bankers have long argued that monetary policy alone cannot fix the weaknesses of the euro-area economy, and have repeatedly urged politicians to do more to insulate the region.

“Finally we have something we can work on,’’ Draghi said, adding the plan amounted to an effort to “deepen the monetary union.”

France and Germany have still delayed some tricky decisions to later in the year, including just how large the budget will be and how nations could tap it. According to a roadmap devised by Merkel and Macron, the budget should promote competitiveness, convergence and stabilization in the euro area, with resources coming from national contributions, Europe and revenue from taxes, including a financial transactions tax or a levy on digital companies.