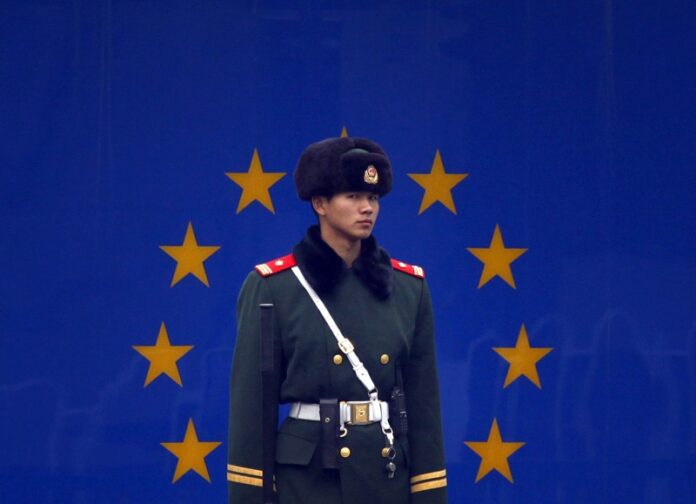 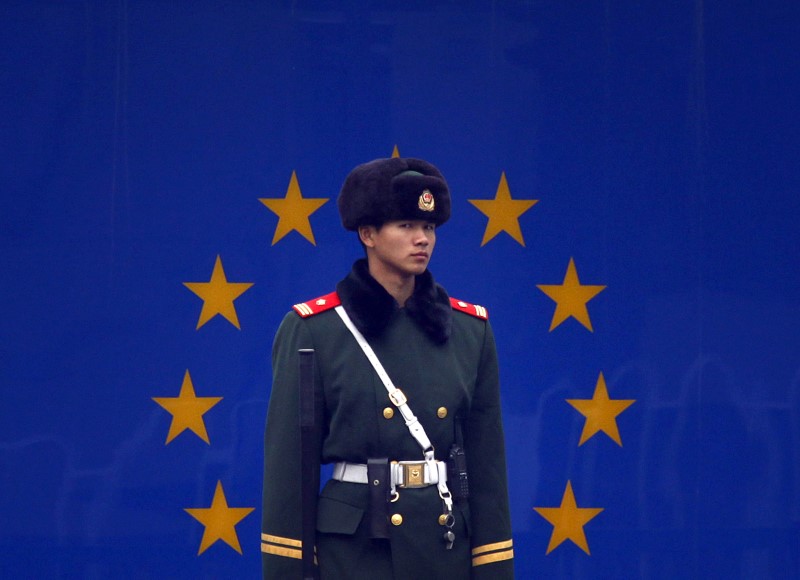 © Reuters. A paramilitary policeman stands guard at the entrance to the European Union embassy in central Beijing

BEIJING (Reuters) – Time is running out for Beijing to fulfill its reform promises if it hopes to maintain stable growth, a top European business lobby said on Wednesday, contending that the roots of U.S.-China trade tensions began in China.

Despite the Chinese government’s repeated pledges to further open its economy, 46 percent of respondents in the European Union Chamber of Commerce in China’s annual business survey said they thought the number of regulatory obstacles they face in China would increase over the next five years.

European Chamber President Mats Harborn said at a briefing on the group’s survey that 2018 had to be the year when Beijing delivered on its promises, and that it should make serious commitments to defuse trade tensions.

“We believe also that time is running out for China to continue its reform process,” Harborn said. “The reforms are needed for China to maintain stable and sustainable growth.”

Surprisingly soft activity data for May showed China’s economy is finally starting to cool under the weight of a multi-year crackdown on riskier lending that is pushing up borrowing costs for companies and consumers.

U.S. President Donald Trump threatened on Monday to hit $200 billion of Chinese imports with 10 percent tariffs if Beijing retaliated against his previous announcement to target $50 billion in Chinese imports.

The United States has alleged that China is stealing U.S. intellectual property, a charge denied by Beijing.

Beijing has accused the United States of “extreme pressure and blackmailing” and vowed to retaliate, the rhetoric from both sides raising the risks of a damaging trade war.

“Let’s make no mistake that the root cause of the problem started here in China,” Harborn said, referring to Chinese industrial policies that foreign businesses have long decried as discriminatory. Harborn added that the chamber did not support the use of tariffs to resolve such disputes.

Reciprocal market access remains a particular concern, according to the survey, with 100 percent of firms in the information technology and telecommunications sector reporting Chinese companies enjoyed better access in Europe than European companies had in China.

Sixty-two percent of companies in all industries said they had less favorable market access in China than their Chinese competitors had in Europe.

Chinese President Xi Jinping has repeatedly vowed to widen market access for foreign investors and cut foreign ownership caps in certain industries, as Beijing tries to position itself as champion of global trade in the face of what it calls U.S. protectionism.

Western governments, which share Washington’s concern about Chinese trade abuses if not Trump’s threat of hefty tariffs against China, have urged Chinese officials to match their anti-protectionist talk with action.

Foreign business groups say the changes have been too little, too late.

But the chamber’s survey also showed European firms increasingly viewed their Chinese competitors as challengers to their business.