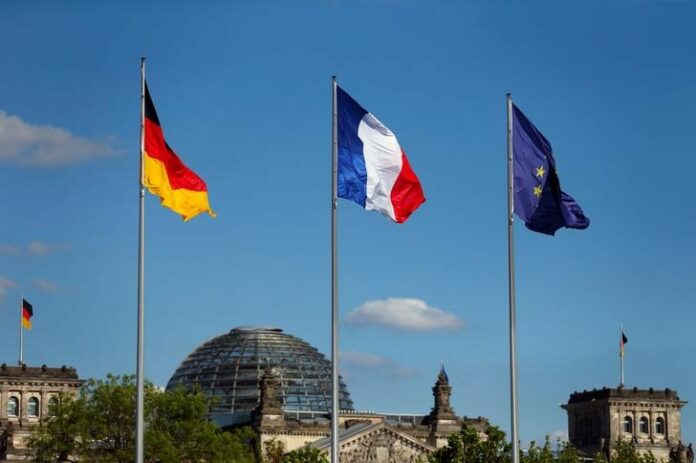 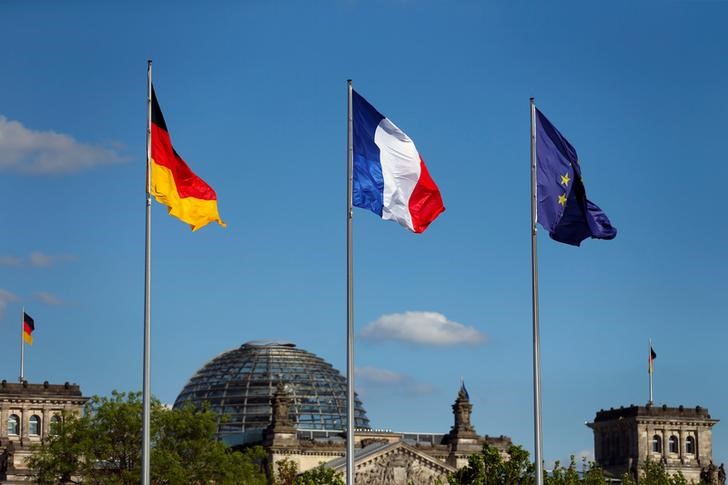 By Jan Strupczewski and Luke Baker

BRUSSELS (Reuters) – France and Germany want to make it easier to restructure sovereign debt in the euro zone by introducing a stronger legal clause in newly issued bonds, a document agreed by Berlin and Paris showed.

The document – what the European Union calls a roadmap – outlines the French and German position on deepening euro zone integration. It will be discussed by finance ministers on Thursday and by EU leaders on June 29th.

Such clauses make it easier for a government to override a minority of investors who oppose the terms of a proposed debt restructuring, and who can stop the whole process by holding out for a better deal.

Bonds issued in the euro zone since 2013 have included CACs. The roadmap proposes strengthening them with “single-limb aggregation”, which would allow for a single restructuring decision to encompass all bonds.

“If you include this single-limb approach in the CaCs that are part of bond issues since 2013, you would make the decision- making for debt restructuring easier, because you would have a single decision as to whether it can be restructured and not one for each individual bond,” one euro zone official said.

Berlin and Paris also made clear in their agreement that if a country asks for help from the European Stability Mechanism (ESM) – the euro zone bailout fund – the fund would have to assess whether its debt was still sustainable or needed to be restructured.

Such an option is already implied in the treaty setting up the ESM, but Germany wanted it spelled out more clearly.

“When appropriate, the ESM may facilitate the dialogue between its Members and private investors, following IMF practice,” the two countries said in their roadmap, assigning the ESM a key role in a potential debt restructuring.

Euro zone officials say laying out the rules for such operations would make them “less ad hoc” and would also discipline profligate euro zone governments, because markets would pay closer attention to their fiscal policies.