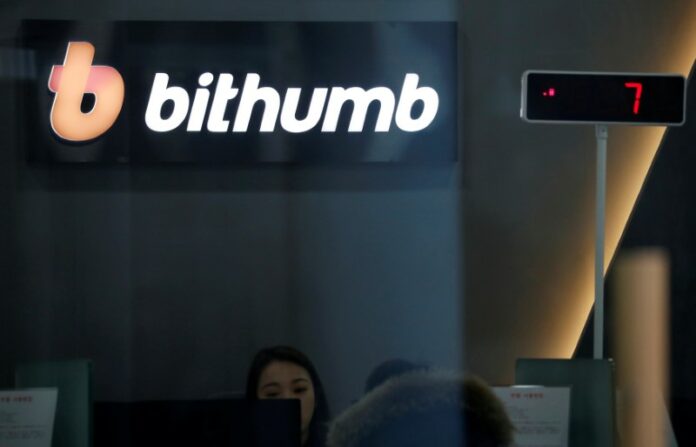 © Reuters. FILE PHOTO: The logo of Bithumb is seen at its cryptocurrencies exchange in Seoul

SEOUL (Reuters) – South Korean cryptocurrency exchange Bithumb said 35 billion won ($31.5 million) worth of virtual coins were stolen by hackers, the second local exchange to suffer the fate in just over a week as cyber thieves exposed high risks of trading the digital asset.

Bithumb said in a notice on its website on Wednesday that it has stopped all trading after ascertaining “some cryptocurrencies worth about 35 billion won has been seized between late yesterday and early morning today.”

The exchange, the sixth busiest in the world according to Coinmarketcap.com, said it has stored “all of clients assets in safe cold wallet,” which operates on platforms not directly connected to the internet.

It added the company will fully compensate customers.

The Bithumb theft again highlighted the security risks and the weak regulation of global cryptocurrency markets. Global policy makers have warned investors to be cautious in trading the digital currency given the lack of broad regulatory oversight.

Bithumb did not immediately respond to Reuter’s request for comments.

On the Luxembourg-based Bitstamp, bitcoin was last trading at $6,590.00, extending losses as a series of intrusions on cryptocurrency exchanges in recent weeks sparked concerns over security.

It has fallen roughly 70 percent from its all-time peak hit around mid-December 2017.

On June 11, another South Korean cryptocurrency exchange Coinrail said it was hacked. The cyber attacks come after a high-profile theft of over half a billion dollars worth of digital currency at Japan’s exchange Coincheck earlier this year.

Bithumb trades more than 37 different virtual coins, according to Coinmarketcap.com