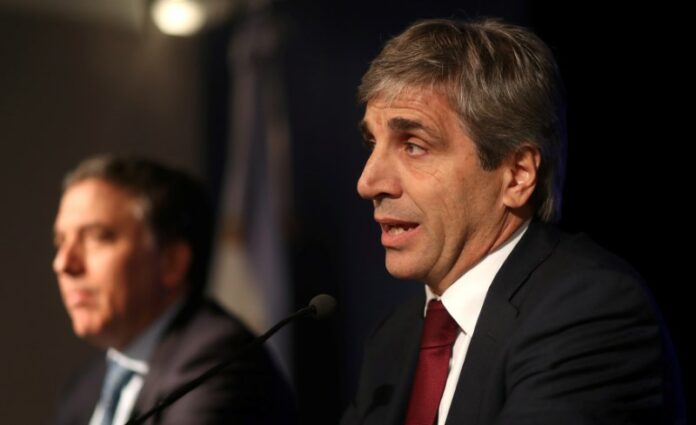 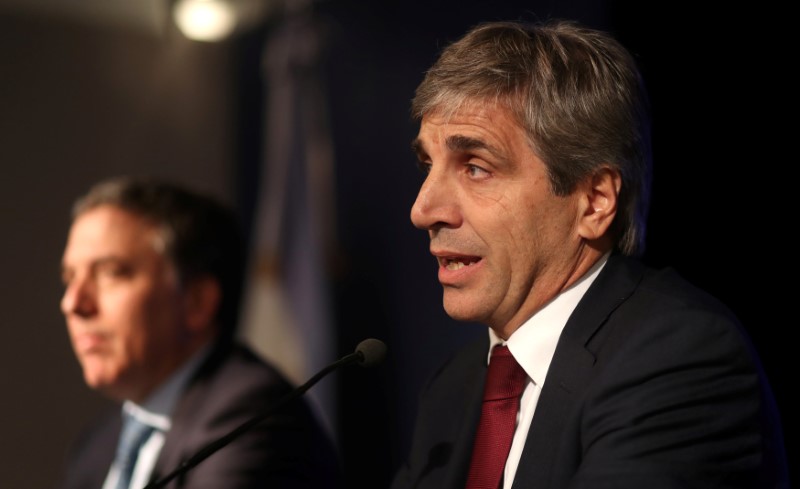 By Luc Cohen and Jorge Otaola

BUENOS AIRES (Reuters) – The board of the International Monetary Fund (IMF) was expected to formally approve a $50 billion financing deal for Argentina on Wednesday, a move incoming central bank governor Luis Caputo said would stabilize the country’s foreign exchange market.

In his first public comments since replacing Federico Sturzenegger at the head of the monetary authority last week as the peso currency slid toward record lows, Caputo told local newspapers Clarin and La Nacion that the market had “operated with absolute calm” on Tuesday after central bank actions.

As part of the first disbursement of funds expected from the IMF, Argentina’s Treasury Ministry has said it will sell $7.5 billion on foreign exchange markets to finance its budget in daily pre-announced auctions.

The Treasury Ministry will announce details of the sales, which he said will give more clarity. “It will offer a panorama of what supply will be.”

“We are in a transition toward greater exchange rate stability,” said Caputo, who had served as finance minister before taking over the role of central bank governor.

The peso closed down 0.4 percent on Tuesday at 27.80 per U.S. dollar following sharp gains on Monday, when Caputo hiked banks’ reserve requirements. That level was below the record-low of 28.50 touched last week.

Argentine markets were closed for a holiday on Wednesday.

In the interview, Caputo added that he would aim to eliminate the outstanding stock of central bank Lebac notes at a faster rate than the three-year plan laid out in the IMF deal.

Lebacs are short-term debt instruments the central bank uses to soak up peso liquidity as it attempts to cool inflation running at more than 25 percent annually.

On Tuesday, the central bank hiked rates on short-dated Lebacs to 47 percent, up from 40 percent previously, and rolled over 308 billion pesos ($11.11 billion) of the 514 billion that matured.

“This is a very powerful message,” he said in the interview. “We are already cleaning the central bank’s balance sheet,” Caputo said, adding that the 60 percent rollover was higher than the 50 percent he had been expecting.