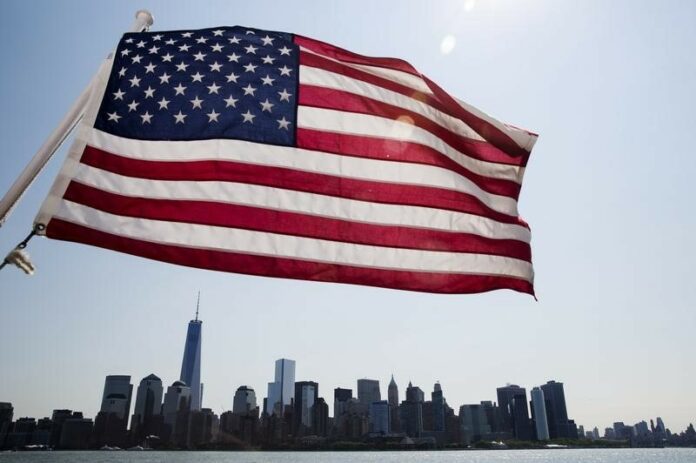 The U.S. Is a Low-Immigration Nation

© Reuters. The U.S. Is a Low-Immigration Nation

(Bloomberg Opinion) — When it comes to immigration, the U.S. stands out in (at least) three big ways:

These observations are all based on a new report on international migration out this morning from the Organization for Economic Cooperation and Development, the Paris-based club of the world’s affluent democracies. And while I’m a little wary of engaging in a semi-dispassionate discussion of immigration data during a week in which President Donald Trump’s policy to deter illegal border crossings by separating young children from their unauthorized-immigrant parents has sparked justifiable moral outrage, it does seem like useful context.

First, here are some estimates of unauthorized-immigrant populations (the table in the OECD report includes many more countries, but I figured a small sample would do).

As you can see, some of this information is really old. The data for the European Union countries is from a 2008 survey, and a lot has happened on the European immigration front since 2008. I’ve used the top end of the ranges estimated in 2008 to partially address this. The OECD report’s authors, meanwhile, write that

it would be reasonable to presume that the current number [for the European Union] is above that of 2008, while remaining far below the United States figure.

Why has the U.S. been willing to tolerate — until lately, at least — much higher levels of illegal immigration than other rich countries? One reason may be that it’s hard not to when you share a 1,954-mile-long border with a much-poorer country. Another may be that immigrants in the U.S., whether they have permission to be here or not, tend to get right to work. This is decidedly not the case in some of the European countries that have recently seen big immigrant inflows, such as Germany and Sweden.

The fact that immigrants in the U.S. are more likely to have jobs than native-born residents can be chalked up mainly to the fact that immigrants are much more likely to be of prime working age (25 through 54) than native-born Americans are. (This is also likely a big factor in Italy, one of the fastest-aging countries in the world.) Economist Ernie Tedeschi adjusted the American data for demographics last year and found that this wiped out all of the difference between immigrant and native-born employment rates. But that in itself is a big deal. As Tedeschi put it: “When it comes to the labor market, foreign-born Americans look a lot like native-born Americans.”

Now I realize there’s more to integration than employment-population ratios, but I’m guessing the U.S. would also score pretty well in international comparisons on any other integration measures one could come up with. One reason for that is surely that integrating immigrants is one of the core competencies of the U.S., and has been for centuries. But there’s another reason that I hadn’t really thought of until I looked at the immigration numbers in the OECD report. It’s that compared with, say, Germany or Sweden, the U.S. just hasn’t had all that many immigrants to integrate lately. Yes, the U.S. welcomed more legal immigrants in 2016 (almost 1.2 million) than any other OECD country. But that’s only 0.37 percent of the U.S. population, not much by current OECD standards.

One can see why immigration has become such a contentious political issue in Germany! The country had a smaller immigration inflow as a share of population than the U.S. as recently as 2010; in 2016, that percentage rose to 1.27 percent. To list a few other countries where immigration has been a big topic of debate in recent years: Switzerland’s immigrant inflow in 2016 totaled 1.49 percent of its population, Denmark’s 1.06 percent, Australia’s 0.92 percent, the Netherlands’ 0.81 percent. Among major immigrant nations in the OECD, only France has a profile in recent years that looks more or less like that of the U.S., with immigration rising modestly from 0.34 percent of the population in 2010 to 0.39 percent in 2016.

In the 1990s and 2000s, legal U.S. immigration inflows were supplemented by about 500,000 people a year, most of them Mexicans, crossing the border illegally. After 2007, though, the flow of Mexican unauthorized immigrants reversed, according to the Pew Research Center’s estimates. Increased inflows from El Salvador, Guatemala and Honduras have made up for some of the net outflows of Mexicans, but as of 2016, the overall number of unauthorized immigrants in the U.S. was smaller than it was in 2007.

That number (11.3 million) is still really big by international standards, even when expressed as a share of population. It’s perfectly natural that most Americans want something done about it. But most Americans are also pretty comfortable with immigration overall, and they have been getting more so over the past decade. They even, by a large majority, favor allowing unauthorized immigrants who came to the U.S. as children to stay here. All in all, the American people have an understanding of how immigration is working and what the problems are that seems quite compatible with the data. The current occupants of the White House, on the other hand …