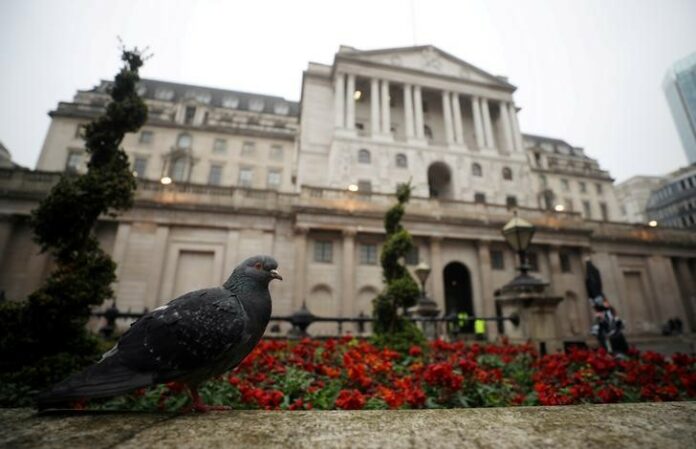 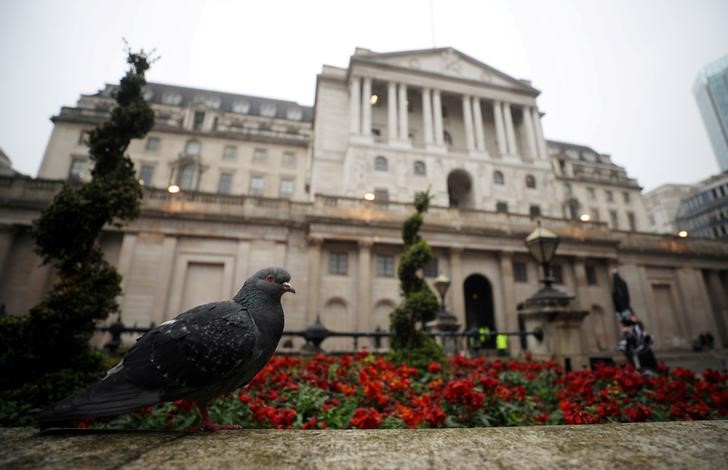 © Reuters. FILE PHOTO: A pigeon stands in front of the Bank of England in London

LONDON (Reuters) – The Bank of England may lay some groundwork on Thursday for an August interest rate rise, if it judges the economy is now turning a corner after an unusually weak start to the year.

No economists polled by Reuters expect the BoE to raise rates when it announces its June policy decision at 1100 GMT, and markets are split over whether the BoE’s next rate rise – which would be just its second since the financial crisis – will come at its next meeting in August, or only later in 2018.

At the end of last year Britain was the slowest-growing economy among the G7 group of rich nations, as businesses held back from investing ahead of Brexit and high inflation triggered by the 2016 referendum eroded households’ disposable income.

Inflation is drifting down from a five-year high of 3.1 percent hit in November, and growth in the first three months of the year was the slowest since 2012, after snow storms worsened existing weaknesses in the world’s fifth-largest economy.

But with unemployment at its lowest since 1975, the BoE says the economy is running near full capacity, and that the longer-term direction for interest rates over the next two to three years is likely to be up.

Economists had expected the BoE to raise rates in May, until a string of weak data and discouraging words from BoE Governor Mark Carney in April quashed those expectations.

Last month the BoE said it wanted to see signs of stronger growth before it prepared to raise rates, in sharp contrast to the United States, where the Federal Reserve has raised rates twice this year and plans to do so twice more.

Since then, figures have been mixed. April industrial output, construction and trade numbers were strikingly weak, and inflation has fallen to a one-year low. But retail sales have picked up and the most recent business surveys suggest other parts of the economy are gathering steam.

Wage growth – one of the indicators looked at most closely by the BoE as a guide to medium-term inflation pressures – has risen broadly in line with the BoE’s modest expectations.

“On balance the data has been mildly more hawk-friendly,” Clarke said.

Two BoE policymakers, Michael Saunders and Ian McCafferty, whose term ends in August, are widely expected by economists to continue to vote for a rate increase to 0.75 percent, as the pair have done since March.

That said, others may be unsettled by growing trade tensions between the United States and Europe, which contributed to Germany’s Bundesbank sharply downgrading its 2018 growth forecast last week.

The BoE is unlikely to give any explicit signal on timing, as Carney and other officials have said their priority is not to give markets month-by-month guidance on rates.

But they may be more concerned by a survey this week which showed most of the public no longer expect rates to rise at all this year.

Last month, a separate survey by the BoE showed a record proportion of the public did not know what would happen to rates over the next 12 months, during which Britain will leave the European Union.

Carney will also have ample chance to elaborate on the outlook for the economy and its readiness for Brexit later on Thursday when he gives a major speech to the London’s financial services industry, scheduled for 2015 GMT.