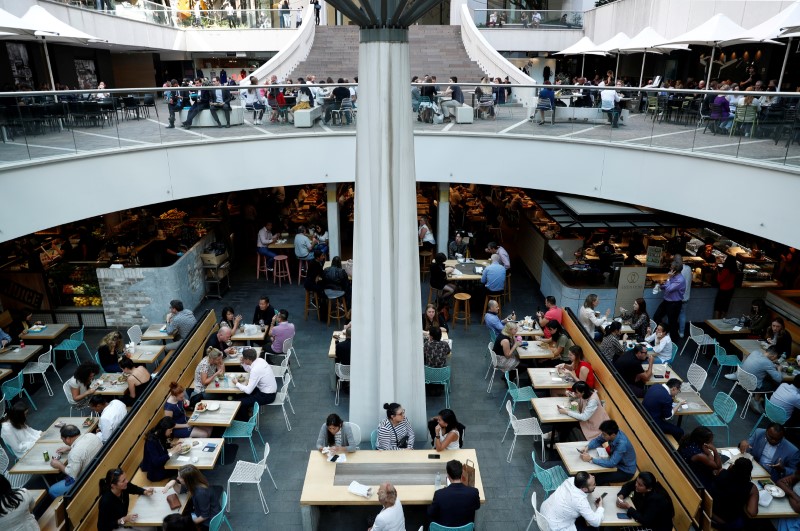 CHICAGO (Reuters) – The demographic trend is no secret: the populations of the United States and other major industrial countries are getting older, and fast. That means workforces are aging too, but employers are doing surprisingly little to prepare to meet the challenges or adapt to employees’ needs.

In the United States, the 65-and-over population will nearly double over the next three decades to 88 million by 2050 from 48 million, according to the U.S. Census Bureau.

By 2024, one in four U.S. workers will be 55 or older, according to the U.S. Department of Labor, more than double the rate in 1994 when 55-plus workers accounted for just 12 percent of the workforce.

Many workers will face a financial need to keep working past traditional retirement ages, while others will want to work in order to stay engaged, notes Jonathan Rauch, a senior fellow at the Brookings Institute and author of “The Happiness Curve: Why Life Gets Better After 50.”

“People are getting to their sixties with another 15 years of productive life ahead, and this is turning out to be the most emotionally-rewarding part of life,” Rauch said. “They don’t want to just hang it up and just play golf. That model is wrong.”

A survey of human resource professionals by the Society for Human Resource Management in 2016 revealed a short-term mindset along with a lack of urgency among employers in assessing and planning for aging workforce.

Just 35 percent of U.S. companies have analyzed the near-term impact of the departure of older workers and just 17 percent have considered longer-term impactions over the next decade, according to the survey.

Most employers do not have a process for assessing the impact beyond one or two years, and the majority said they do not actively recruit older workers at all.

Alex Alonso, senior vice president of knowledge development at Society for Human Resource Management, thinks employers have sharpened their focus in this area since the survey was conducted.

“In most boardrooms, there is urgency around the topic these days, but the conversation is around how to sustain the enterprise, with a focus on how to manage a multi-generational workforce,” Alonso said.

Age discrimination, while difficult to prove, persists. Yet research over the past decade has gone a long way toward debunking stereotypes about older workers – that they are less productive and energetic, and less able to learn or solve problems.

But the bias continues.

Forty-one percent of companies around the world surveyed by Deloitte Consulting said they considered aging of their workforces a competitive disadvantage. The finding varied by country.

“It’s somewhat of a cultural issue,” said Josh Bersin, a principal at the consulting firm.

Employers such as Deloitte Consulting are starting to wake up to the issues as the labor market tightens, Bersin said. “I spend a lot of time with human resource departments around the world, and they are starting to realize that one of best talent pools they can recruit from are the people they already have.”

Leading-edge employers are starting to think about creating alternative career routes for older workers that feature more flexible assignments and schedules, creating opportunities for them to mentor younger workers and offering phased retirement.

Deloitte, for example, now has a new set of professional career paths available for employees who are not on the track to become partners but have important specialized knowledge.

Among major manufacturers, automaker BMW (DE:) is often cited as an innovator in valuing the skills and experience of older workers. The company has implemented changes to its production lines aimed at improving ergonomics of its work environment and promoting age-neutral language in the workplace.

For example, one company honored this year, accounting firm PKF O’Connor Davies, actively hires older accountants when other firms compel them to retire. Of the firm’s 700 workers, more than 250 are over age 50. The firm offers flexible work options, including shorter work weeks.

“We’re definitely seeing growing concern about the drain of human capital among larger companies, and interest in new models for older workers that retain them longer,” said Linda Fried, dean of the Mailman School and head of the school’s Aging Center.

Fried acknowledges that some employers worry about the higher compensation and healthcare costs associated with older workers. She has proposed changing Medicare’s rules to accept older workers, allowing them to shift away from employer health plans. Other researchers have proposed incentivizing employers by creating a 40-year cap on the total years of work requiring payroll tax contributions to Social Security.

Changing attitudes also will be important.

“There is a lot more talk in business circles about the human capital value of older workers, but we’re still in early innings,” said Paul Irving, chairman of the Center for the Future of Aging at the Milken Institute. “It takes time for things to percolate.”

Japan to advance timeframe for balancing budget to FY2026

Japan to advance timeframe for balancing budget to FY2026