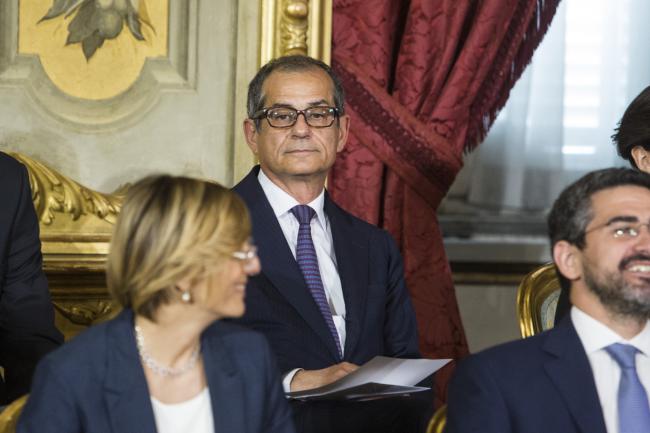 Euroskeptics Are Named to Key Posts in Italian Parliament

Economist Alberto Bagnai, author of two books advocating the dismantling of the European monetary union, was selected on Thursday as head of the Italian Senate finance committee. Claudio Borghi, a top economic adviser for the League, was named the head of the budget committee in the lower house.

An economics professor at Gabriele d’Annunzio University in Pescara, Bagnai was elected as part of the League bloc to the upper house in March. Borghi is the League’s chief economics spokesman.

The appointments are likely to add weight to the new government’s pledge to challenge the European Union in key areas. However, the new finance minister, Giovanni Tria, has pledged that the country remains committed to the euro single currency.

The government’s program does not include any reference to a possible option for the country’s exit from the European monetary union.

Still, the so-called government contract signed by the League and coalition partner the Five Star Movement does contain the possible issuing of “instruments such as mini-government notes” which may be used by the state to settle bills with suppliers or creditors. Some fear that the notes could become a form of parallel currency or even a temporary form of payment to be used in a transitional period following a possible exit from the monetary union.

“The idea points to a real problem — the state’s debts to businesses,” Tria said in an interview earlier this month with Corriere della Sera when asked about the mini-bills. “I believe that the best way to deal with it is to eliminate it at its root, to ensure that payments are made on time and in cash,” he added.

Separately on Thursday, Carla Ruocco from Five Star confirmed in a text message that she was named head of the finance committee in the lower house.