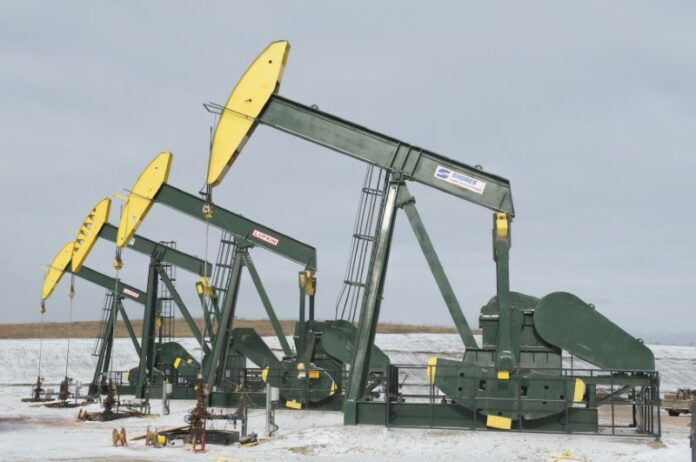 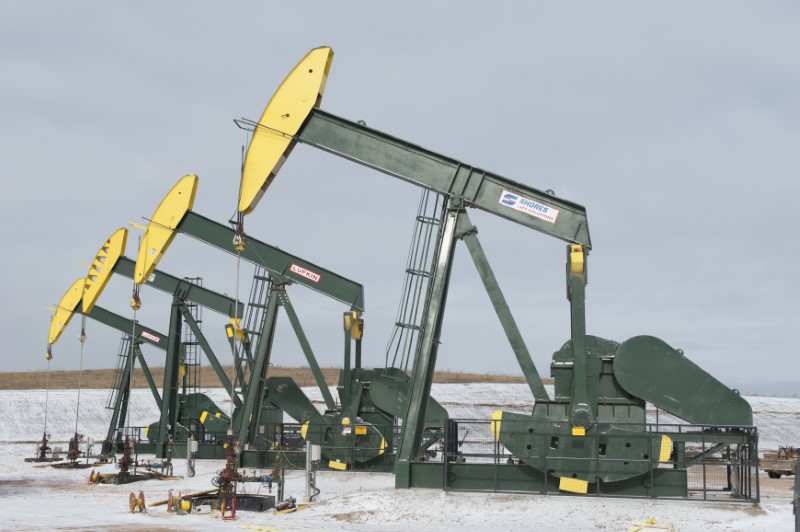 © Reuters. FILE PHOTO: Pumpjacks taken out of production temporarily stand idle at a Hess site while new wells are fracked near Williston

VIENNA (Reuters) – Investor pressure on oil producers to focus more attention on shareholder returns and less on output will drive down vital industry investment in the long term, a leading U.S. shale executive said on Thursday.

Shareholders have been pushing for more dividends and buybacks from U.S. shale companies, whose heavy investment in production has helped the United States overtake Saudi Arabia to become the world’s second biggest oil producer after Russia.

His company, which has not made a profit since 2014, has been targeted by activist investors twice in five years.

“While that financial discipline is healthy, I think it does act like a break on long-term investment. And that’s a factor that you have to add as you look forward,” said Hess, whose company operates in the Bakken shale of North Dakota and is spending heavily on an offshore oil project in Guyana.

Hedge fund Elliott Management Corp launched a campaign in December against the chief executive, saying it was frustrated by the company’s “continuing underperformance” and floated the idea of removing him as CEO.

Hess averted a show-down with Elliott before its shareholder meeting in the spring by agreeing to buy back $1.5 billion of its own shares to boost its stock value. The firm’s shares are now up 33 percent on their level before the move.

Hess said the message from investors was: “We want you to have capital efficient growth. We want you to be free cash flow generative and we also want you to return capital to us.”

U.S. shale comprises roughly 5 percent of global oil production, which Hess said he expected to rise to 10 percent by 2025 before leveling off.

“We don’t see much prospect for shale going global,” he said.

New York-based Hess does not operate in any OPEC member nation but was still sponsoring an oil seminar in Vienna, where he Organization of the Petroleum Exporting Countries and non-OPEC states are meeting to discuss their pact on output levels.

Hess, who speaks Arabic and Farsi, has been an intermediary between OPEC and U.S. producers. In his speech, he thanked OPEC Secretary-General Mohammad Barkindo for his “courageous outreach to the United States to build a shared understanding.”