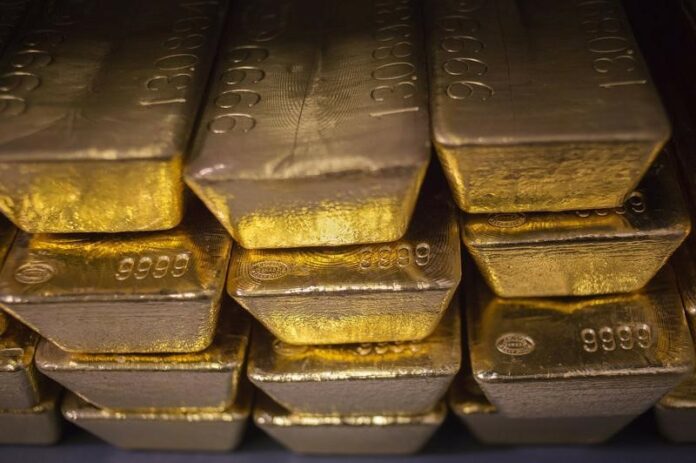 © Reuters. Gold prices fell on a stronger dollar on Thursday

Investing.com – Gold prices fell on a stronger dollar on Thursday, hovering close to a six-month low as the U.S. Federal Reserve Chair confirmed an outlook for higher interest rates in the United States.

The that monitors the value of the greenback relative to a basket of six currencies stood at 94.92, up by 0.15%.

Federal Reserve Chairman Jerome Powell said on Wednesday that the U.S. central bank should continue with a gradual pace of rate increases, which also supported yields. Powell said during a meeting of central bank chiefs in Portugal that trade tensions could cause damage to the global economy.

On Monday, he ordered the U.S. Trade Representative to identify $200 billion worth of China goods for additional tariffs. The news triggered a sell-off in equities and was cited as a supportive for gold prices.