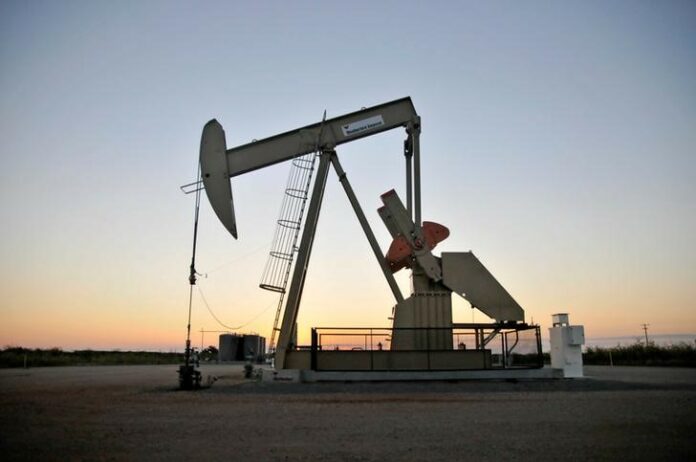 Oil falls ahead of expected OPEC deal to raise supply

NEW YORK (Reuters) – Oil prices fell on Thursday as crude producers appeared to be nearing a deal to increase production at an OPEC meeting in Vienna on Friday, but pared losses after a report of a large stockpile draw at a key storage in the United States.

WTI turned positive after energy information provider Genscape said crude inventories at the Cushing, Oklahoma hub were expected to have dropped by 2.3 million barrels in the week since Tuesday, traders said.

Brent reached a 3-1/2-year high above $80 a barrel last month but has fallen steadily in recent weeks as Saudi Arabia, de facto leader of OPEC, has signaled it intends to raise production to stabilize prices.

The Organization of the Petroleum Exporting Countries holds its biannual meeting in Vienna on Friday and is widely expected to agree to pump more, possibly supported by some other producers outside OPEC, including Russia.

Iran had been expected to oppose any rise in crude output, but it has now signaled it may support a small increase.

“We need to release supply to the market,” Saudi Arabian Energy Minister Khalid al-Falih told reporters in Vienna. “How much oil do we need? … Around 1 million (barrels per day) probably.”

Falih said the oil market had now rebalanced and his aim was to prevent a shortage of crude in future that could squeeze the market.

The market is contending with exactly how much output will change. “I think it’s going to be an increase, but it’s just a matter of what’s the magnitude,” said Dominick Chirichella, director at EMI DTN.

“It would seem that an aggregate increase in production for OPEC+ of between 500,000 bpd and 1 million bpd is the range that is being considered,” Tchilinguirian said.

OPEC, together with other key producers including Russia, started withholding output in 2017 to prop up prices, but a tightening market has led to calls by consumers for more supplies.