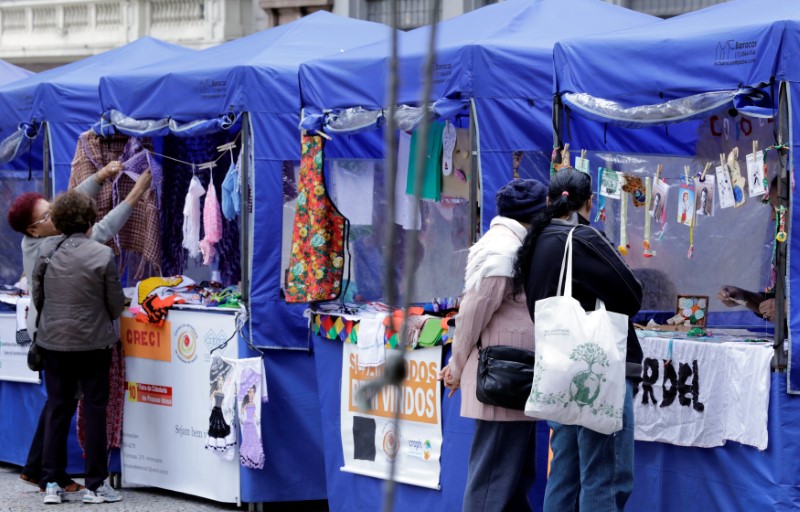 BRASILIA (Reuters) – Brazil’s inflation rate soared back to the central bank’s official target range in mid-June after a nationwide protest by truckers drove product shortages across the board, lifting consumer prices by the most in more than two years.

Still, the short-term spike in prices was unlikely to drive the bank to hike interest rates soon, economists said, as double-digit unemployment kept a lid on underlying inflation pressures.

Higher food and gas prices added the most to inflation during the month, as a trucker protest over high diesel prices blocked major highways, nearly paralyzing key sectors and forcing farmers to cull their flocks and dump spoiled milk.

An increase in power rates also helped to drive the 12-month inflation rate to 3.68 percent, sharply higher than the 2.86 percent reading at the end of May.

That should bring some relief to the central bank, which has struggled to get inflation back to its target range of 4.5 percent, plus or minus 1.5 percentage points after undershooting it for the first time ever last year.

However, the surge is not likely to significantly alter market expectations that the bank will refrain from raising interest rates until next year.

The bank on Wednesday kept rates at an all-time low as the Brazilian real () slumped to a two-year bottom. In its policy statement, the bank acknowledged that the trucker strike would likely add to inflation and weigh on economic activity at a time when price pressures remain muted.