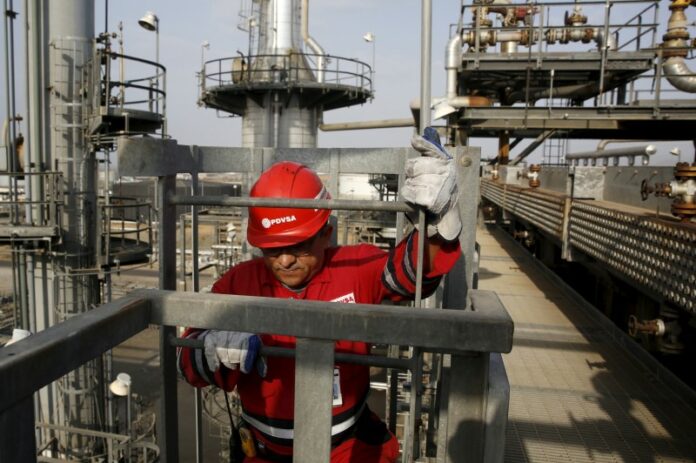 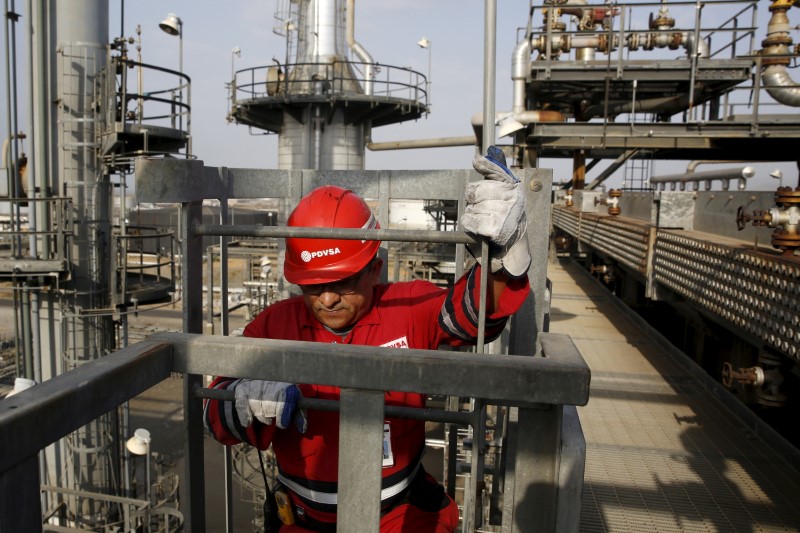 © Reuters. FILE PHOTO: An oilfield worker walks down the stairs, at Jose Antonio Anzoategui industrial complex of oil producer PDVSA in the state of Anzoategui

VIENNA (Reuters) – U.S. sanctions on Venezuela are an attack against the stability of the global oil market, Venezuelan Oil Minister Manuel Quevedo said on Thursday.

Venezuela, a member of the Organization of the Petroleum Exporting Countries, and state-run oil firm PDVSA ] face an export crisis due to declining crude output, a lack of cash for spare parts and equipment, and a loss of employees fleeing due to hyperinflation and severe recession.

The sanctions “are a direct attack against the stability of the oil market”, Quevedo said in a speech at an OPEC seminar in Vienna, describing what he called an “unconventional war with the world’s largest oil consumer”, the United States.

“Venezuela’s situation should not be ignored. Venezuela could be any of your countries,” Quevedo told his fellow OPEC ministers.