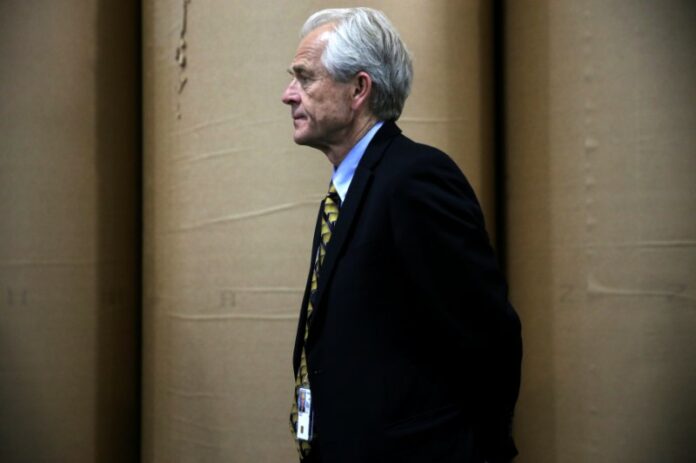 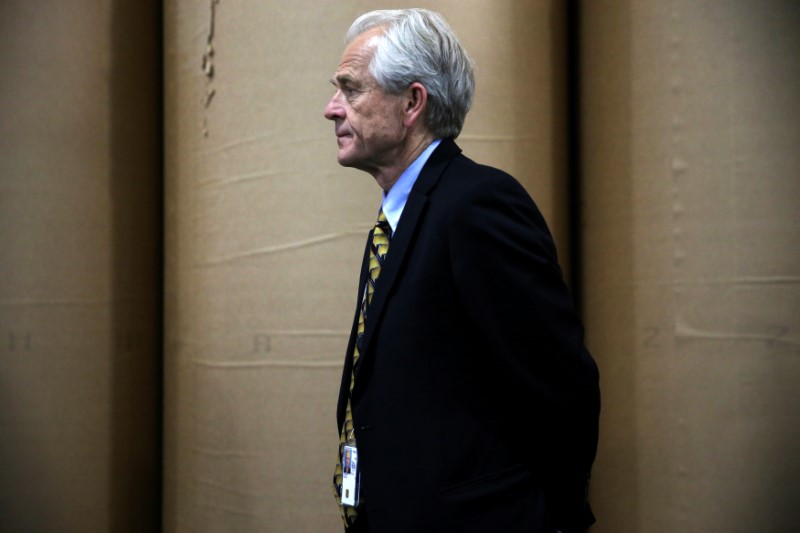 BEIJING (Reuters) – China’s commerce ministry on Thursday accused the United States of being “capricious” over bilateral trade issues, and warned that the interests of U.S. workers and farmers ultimately will be hurt by Washington’s penchant for brandishing “big sticks”.

Previous trade negotiations with the United States were constructive, but because the U.S. government is being unpredictable and challenging, Beijing has had to respond in a strong manner, commerce ministry spokesman Gao Feng told a regular briefing in Beijing.

President Donald Trump threatened on Monday to hit $200 billion of Chinese imports with 10 percent tariffs if Beijing retaliates against his previous announcement to target $50 billion in imports. The United States has alleged that China is stealing U.S. intellectual property, a charge denied by Beijing.

Washington’s accusations of forced tech transfers are a distortion of reality, and China is fully prepared to respond with “quantitative” and “qualitative” tools if the U.S. releases a new list of tariffs, Gao said.

China could hit back at U.S. firms listed on the if Trump keeps heightening tensions with Beijing over trade, state-controlled Chinese tabloid The Global Times said on Thursday.

The 30-stock Dow, which counts Boeing (NYSE:) Co, Apple Inc (NASDAQ:) and Nike Inc (NYSE:) among its constituents, fell 0.17 percent on Wednesday and has declined 0.25 percent this year.

“It is deeply regrettable that the U.S. has been capricious, escalated the tensions, and provoked a trade war,” Gao said. “The U.S. is accustomed to holding ‘big sticks’ for negotiations, but this approach does not apply to China.”

White House trade adviser Peter Navarro, who views China as a hostile economic and military power, said on Tuesday that Trump’s actions are a necessary defense of the “crown jewels” in the U.S. economy.

None of the U.S. administration’s efforts to negotiate with Beijing has yielded progress on changing China’s “predatory” trade practices, Navarro said.

He maintained that China had more to lose from a trade war.

Financial markets are worried about an open trade conflict between the world’s two biggest economies after three rounds of high-level talks since early May failed to reach a compromise on U.S. complaints over Chinese practices and its record deficit with China.

Last year, the deficit was about $375 billion, as China imported $129.89 billion of U.S. goods, while the United States purchased $505.47 billion of Chinese products, according to U.S. data.

British forecaster Oxford Economics, in a recent note, said it “will not be easy for the U.S. to identify $200 billion worth of Chinese imports that it can levy tariffs on without hurting U.S. companies and/or consumers, given the strong involvement of U.S. companies in a large share of China’s exports to the U.S.”

Gao said that China and the U.S. are due to negotiate on issues around the manufacturing and service industries “in the near future”.

China said it will impose additional tariffs on 659 U.S. goods, with duties on 545 of them to kick in on July 6, after Trump said Washington will impose tariffs on $50 billion of Chinese products.

Beijing’s planned tariffs would add to duties it had already slapped on 128 U.S. goods, such as pork, fruits and nuts, in reaction to Trump’s earlier move to impose taxes on Chinese steel and aluminum.

The U.S. goods affected on July 6 also include pork and fruit, as well as soybeans, autos and a wide array of marine products.

A trade war would hit U.S. farmers, a vast majority of whom supported Trump in the 2016 election.

“Jobs for the Chinese are just as precious as those for the Americans,” Zha Daojiong, professor of international political economy at the School of International Studies at Peking University, told Reuters in an email.

“It will be wise for the two sides to come back to the negotiation table, abide by a temporary agreement and turn down the rhetoric.”

Beijing has yet to announce an activation date for its tariffs on the remaining 114 U.S. products, which include , coal and a range of refined fuel products.

“We cannot be soft with Trump. He is using his ‘irrationality’ as a tactic and he is trying to confuse us,” said Chen Fengying, an economics expert at state-backed China Institutes of Contemporary International Relations.

“But if we could accomplish some of the things that he wants us to do – such as IP, market reforms, he’d be helping us. Of course there are risks, those would depend on how we handle those reforms.”