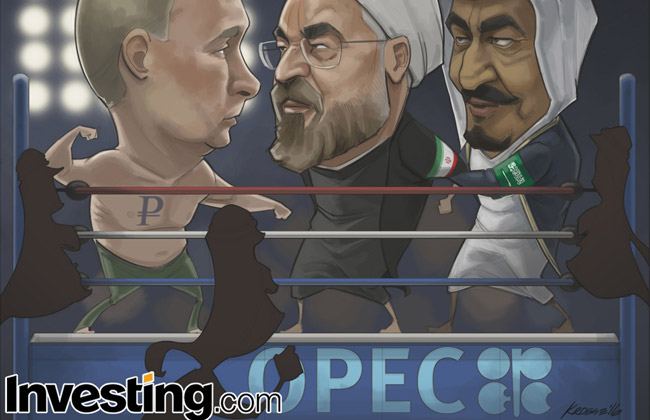 The 24 OPEC and non-OPEC producing countries in the output accord are scheduled to hold their ninth meeting of the Joint Ministerial Monitoring Committee on Thursday ahead of the main action on Friday.

OPEC and non-OPEC producers have been curbing output by about 1.8 million barrels per day (bpd) since January 2017 to prop up oil prices and reduce high global oil stocks.

The strategy has shrunk a global crude glut, but with oil prices recently hitting 3½-year highs, the producers are trying to reach consensus on easing the output caps to prevent the market from overheating.

Analysts widely expect the producers to reach a deal that would raise production.

Speaking in Vienna ahead of the start of the meeting, Saudi Arabia’s influential oil minister, Khalid Al-Falih, said that global consumers were demanding more crude supply and that he was confident a deal could be struck that would satisfy all stakeholders.

Russia has pushed for returning as much as 1.5 million bpd back into the market relatively quickly, while Saudi Arabia would like to try a lower amount of around 600,000-to-800,000 bpd. That could lead to a compromise on a figure close to 1 million bpd.

Not all OPEC members agree, though, with Iran, OPEC’s third-largest producer, voicing the loudest opposition to any change to the current production agreement.

However, Iranian oil minister Bijan Zanganeh late on Wednesday , backing down from a threat to veto any agreement that would raise output.

That helped ease speculation that this year could see a repeat of OPEC’s disastrous June 2011 gathering, which ended without an agreement.