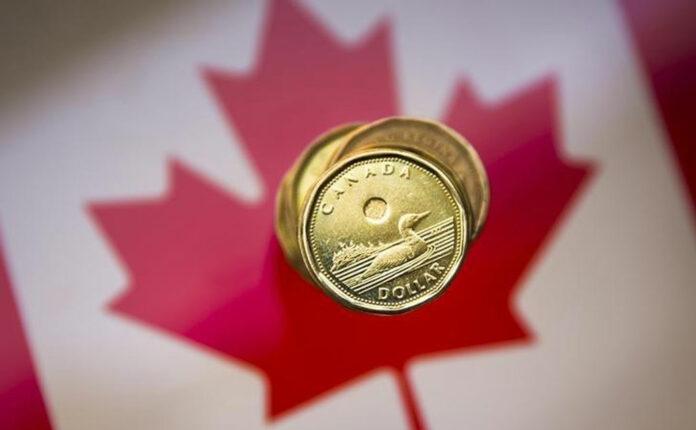 TORONTO: The Canadian dollar gained against the greenback on Friday, recovering from an earlier one-year low, as a jump in oil prices offset domestic inflation and retail sales data that crimped expectations for a Bank of Canada interest rate hike next month.

“It has been quite a ride for the Canadian dollar,” said Shaun Osborne, chief currency strategist at Scotiabank. “I think most of that is due to the fact that oil prices have ground higher after the OPEC agreement.”

The price of oil, one of Canada’s major exports, soared after the Organization of the Petroleum Exporting Countries and other top crude producers agreed to just modest crude output increases.

Canadian retail sales fell 1.2 percent in April, the largest drop in more than two years, and inflation remained at 2.2 percent. While the inflation rate was above the central bank’s 2.0 percent target, markets had expected an uptick to 2.5 percent.

Chances of a Bank of Canada interest rate hike at the July 11 announcement fell to less than 50 percent from 69 percent before the data, the overnight index swaps market indicated.

The market may now be underestimating the likelihood of a hike because the data was impacted by poor weather and the Bank of Canada is forward looking, Osborne said.

“Other indicators generally suggest the economy is doing OK and price pressures are likely to pick up, particularly looking at wages and the general tightness in the labor market,” he said.

For the week, the loonie fell 0.7 percent after being pressured by an uncertain outlook for trade.

Still, speculators have cut bearish bets on the Canadian dollar for a second straight week, data from the US Commodity Futures Trading Commission and Reuters calculations showed. As of June 19, net short positions dipped to 14,014 contracts from 14,988 a week earlier.

Canadian government bond prices were higher across a steeper yield curve, with the two-year up 5 Canadian cents to yield 1.799 percent.

The 2-year yield fell 3.2 basis points further below its US quivalent to a spread of -74.6 basis points, its widest gap since March 2007.