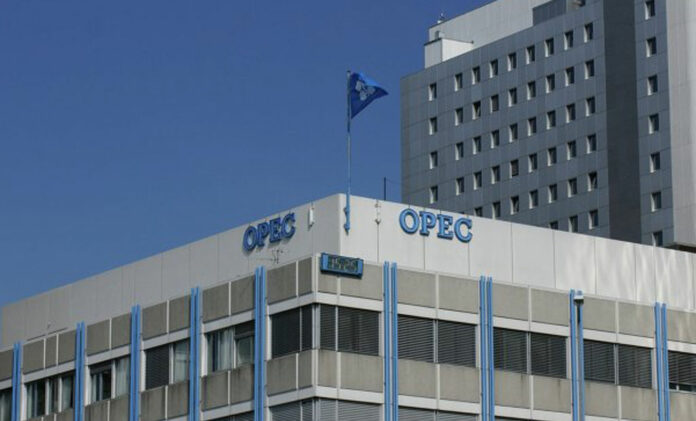 VIENNA: OPEC energy ministers on Friday said they would be putting more oil onto the market to meet “extra demand”, reaching a last-ditch compromise in a spat that pitted Saudi Arabia against archfoe Iran.

The ministers announced they had agreed to ramp up oil production by around a million barrels a day from July.

“I think it will contribute significantly to meet the extra demand that we see coming in the second half,” Saudi Energy Minister Khalid al-Falih told reporters after a tense OPEC meeting in Vienna.

The talks had centred on whether to amend an 18-month-old supply-cut deal between members of the Organization of the Petroleum Exporting Countries and allied countries that has cleared a global oil glut and lifted crude prices.

Saudi Arabia, backed by non-member Russia, had argued strongly in favour of increasing production as grumbles in major consumer countries like the United States, India and China have grown about high prices.

But regional rival Iran opposed any changes to the original production-cut deal at a time when its oil industry is facing renewed sanctions over US President Donald Trump’s decision to quit the international nuclear deal with Tehran.

In the end, both sides were able to save face.

But production constraints and geopolitical factors have seen several nations exceed their restriction quotas, keeping some 2.8 million barrels off the market, according to OPEC.

By agreeing to collectively raise output by a million barrels, member countries are simply committing to comply fully with the deal struck in late 2016 — and the final OPEC communique makes no mention of the additional one million target.

“I agreed to have 100 percent of compliance, not more. We accepted this, not more,” Iranian Oil Minister Bijan Namdar Zanganeh said on his way out of the OPEC headquarters.

Iran was not alone in its resistance.

Venezuela, in the throes of an economic crisis, also opposed lifting the cartel’s output ceiling, as did several other countries who would struggle to significantly increase production in the near term.

The agreement still needs to be approved by 10 non-OPEC ministers meeting in Vienna on Saturday, including powerful player Russia.

Russia has sided with Saudi Arabia in the spat as Moscow feels the pressure from domestic oil firms eager to cash in on the higher prices.

Russian Energy Minister Alexander Novak told reporters on Thursday it was “very important” not to allow the oil market to “overheat”.

Traders said the new output target increase was modest compared to some expectations, and not enough to allay supply worries.