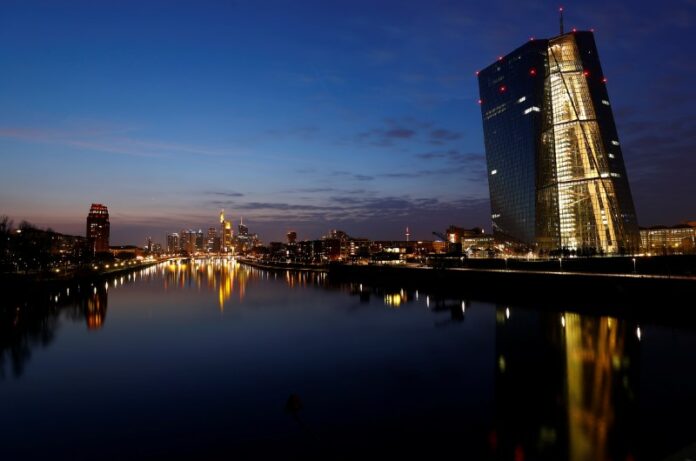 ECB’s bad debt rules will be flexible and should come soon: Bundesbank © Reuters. The headquarters of the European Central Bank and the Frankfurt skyline with its financial district are photographed on early evening in Frankfurt

BERLIN (Reuters) – The European Central Bank should soon publish new guidelines on how to treat soured loans sitting on the balance sheets of lenders, a top official at Germany’s Bundesbank said.

The rules will be flexible and involve case-by-case consideration but will also have generally applicable rules across the sector, Joachim Wuermeling, who represents Germany on the ECB’s Supervisory Board, told Reuters.

The ECB has delayed its guidelines on how to reduce the stock of non-performing loans after widespread push back on a similar proposal on dealing with newly soured bank credit.

Critics argued that inflexible and uniform rules could cause big losses for some banks as the sector is still sitting on about 720 billion euros worth of non-performing debt, mostly a legacy of the bloc’s debt crisis.

“We need a quick decision now on how the stock of impaired loans is treated by the regulator,” Wuermeling said in an interview. “It should not take much longer now.”

“But what is also clear is that we as supervisors want to set clear points of reference, even if the individual situation of banks is taken into account in the decision-making in the end,” Wuermeling added.

Sources close to the discussion told Reuters earlier that a compromise on flexible rules was in the works and a draft could be published within weeks.