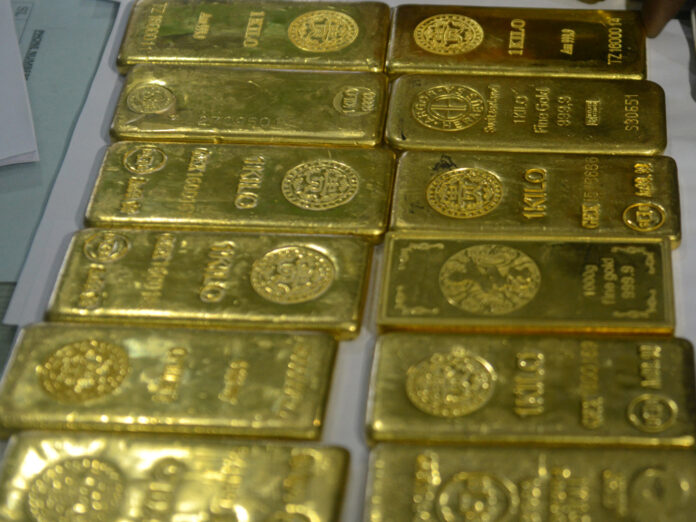 MUMBAI/BENGALURU: Gold demand picked up in most Asian centres this week as prices of the yellow metal slid to a six-month low, with gold being sold at a premium in India for the first time in seven weeks.

Spot gold touched its lowest since Dec. 19 at $1,260.84 an ounce on Thursday, weighed down by outlook for higher interest rates in the United States and as the dollar climbed to an 11-month peak.

“Demand has improved slightly due to the correction, but still many buyers are waiting for prices to fall further,” said Ashok Jain, proprietor of Mumbai-based wholesaler Chenaji Narsinghji.

In the Indian market, gold futures were trading at around 30,562 rupees per 10 grams, down nearly 3 percent from last week’s peak of 31,424 rupees.

Dealers in India were charging a premium of up to $1 an ounce over official domestic prices this week, for the first time since the week of May 4. Last week, they were offering a discount of up to $7.5, the biggest since Sept. 9. The domestic price includes a 10 percent import tax.

“Many jewellers are postponing purchases expecting prices could fall below $1,250 (an ounce),” said a Mumbai-based dealer at a private bullion importing bank.

In Singapore, premiums charged this week rose slightly to a range of 80 cents to $1 over benchmark spot, from the 60 cents to $1 range last week.

“We see quite good demand (in Singapore). Individuals and businesses are picking up gold because now it is cheaper than before,” said Brian Lan, managing director at dealer GoldSilver Central in Singapore.

In Japan, gold was being sold at a premium of about 25 cents this week after being sold at par with the global benchmark for several weeks.

In top consumer China, however, premiums were unchanged from the previous week at $5-$6 an ounce as demand remained quiet amid a weaker yuan, said Ronald Leung, chief dealer at Lee Cheong Gold Dealers in Hong Kong.