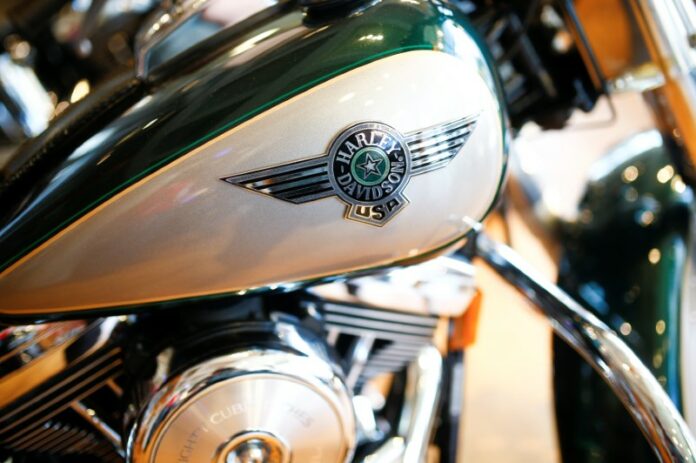 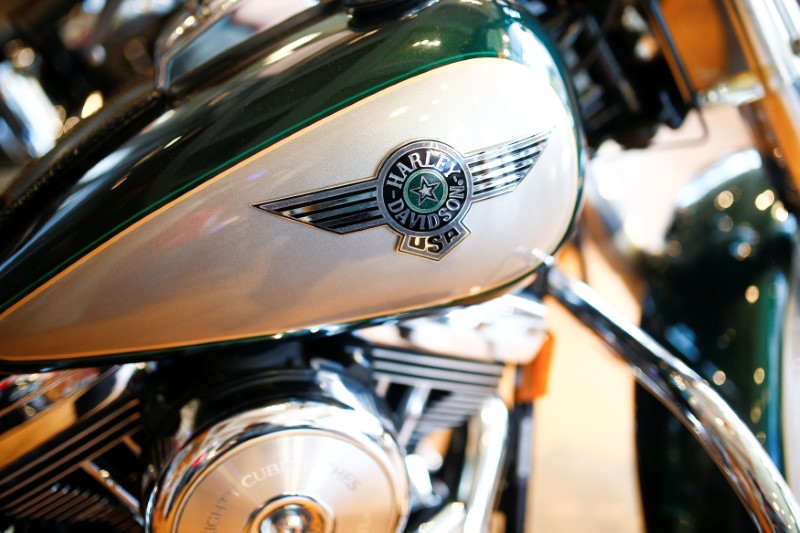 © Reuters. Harley Davidson motorcycles are displayed for sale at a showroom in London

FRANKFURT (Reuters) – Harley-Davidson Inc (NYSE:) expects to have to raise prices in Europe this autumn, when new motorcycle models are due to hit dealers’ showrooms, due to EU tariffs on U.S. goods, the head of its central European business said.

Earlier in the week, the European Commission said it would start charging import duties of 25 percent on a range of U.S. products from Friday after Washington imposed tariffs on EU steel and aluminum at the start of June.

“Of course this will have an impact on the price. We will try and make it as painless as possible but no company can foot this alone,” Christian Arnezeder told Reuters TV in an interview.

Harley says it is getting hit by tariffs twice: Once by the EU import duty and once by a rise in raw material prices resulting from U.S. steel tariffs.

For the moment, though, Harley does not need to raise prices yet as it used the roughly three months since Europe first threatened to impose duties on its motorcycles to prepare.

“We tried to get the current model to Europe as quickly as possible, as far as production allowed for it,” Arnezeder said.

He also said that the anticipation of tariffs boosted demand as customers sought to snap up motorcycles before prices rise.

“You could tell on the market, in talking to dealers, that some customers said, I want to fulfil my dream before any tariffs come into effect,” he said.

Struggling to overcome a slump in U.S. demand, Harley has been aiming to boost sales of its motorcycles overseas to 50 percent of total annual volume from about 43 percent currently. Europe, the Middle East and Africa accounted for little over 21 percent of its global retail sales in the last quarter.