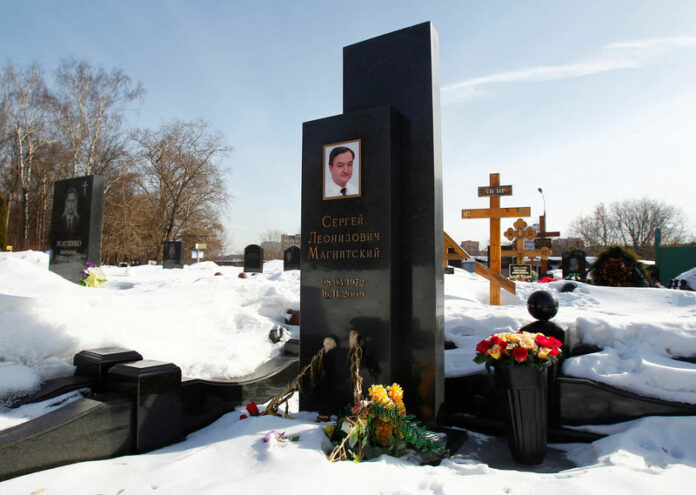 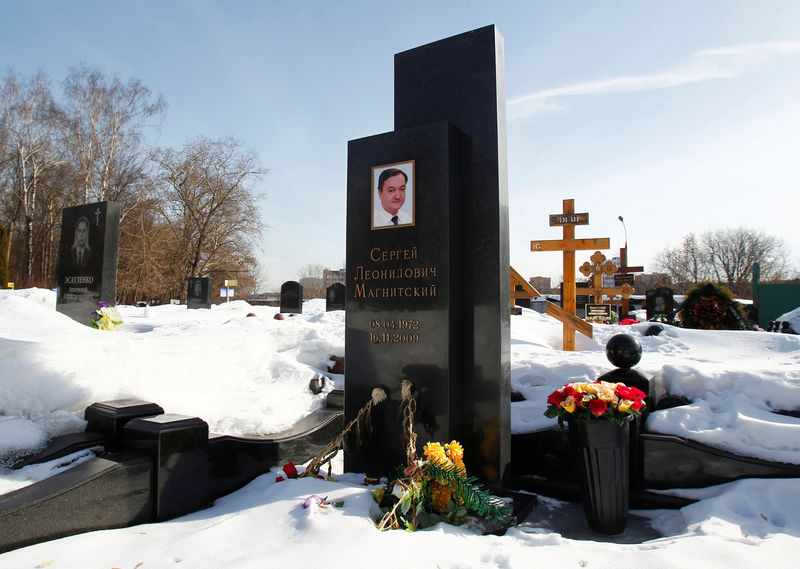 © Reuters. FILE PHOTO: Flowers on the grave of anti-corruption lawyer Magnitsky at the Preobrazhensky cemetery in Moscow

FRANKFURT (Reuters) – Latvian authorities say they are examining an allegation that a failed bank handled money from a Russian fraud uncovered by Bill Browder, an investor campaigning to expose corruption.

Riga responded by tightening controls on a dozen Latvian banks which had promoted themselves as a gateway to Western markets for customers largely in Russia, but also in Ukraine and Moldova, promising Swiss-style secrecy.

Browder, who leads a campaign against Russian officials he blames for the 2009 death of his Russian lawyer Sergei Magnitsky while investigating fraud, has alleged there was a link to ABLV.

“We have filed complaints with Latvian authorities with evidence showing the connection of multiple accounts at ABLV to the $230 million fraud uncovered by Sergei Magnitsky,” Browder, whose Hermitage Capital Management was once the biggest foreign money manager in Russia, told Reuters.

Ilze Znotina, who leads Latvia’s anti money laundering agency, said officials were now looking into the complaint against ABLV, which denies any wrongdoing.

Browder’s complaint, backed by anti-corruption campaigning group Transparency International, will heighten scrutiny of how depositors are paid out as ABLV is wound down.

The process which has been left largely to the bank itself, with oversight from the Latvian regulator, and is already being watched closely by senior U.S. officials.

A spokeswoman for Latvia’s Financial and Capital Market Commission said ABLV’s liquidation would have “control elements to prevent any laundering of proceeds from fraud”.

In addition to his 16-page letter of complaint from June 13, which he also sent to European Central Bank President Mario Draghi, Browder has compiled a detailed dossier seen by Reuters.

Browder’s lawyer Magnitsky was arrested after alleging Russian officials were involved in fraud, but died in a Moscow prison after complaining of mistreatment and after essential medical care was withheld.

This prompted the U.S. Treasury to order that a group of Russian individuals have their U.S. assets frozen and business dealings curbed because of involvement in a scheme it said siphoned off $230 million through bogus tax rebates.

Browder believes that some of this flowed through Latvia.

“Latvia was a critical hub for Russian money laundering,” Browder said. “Authorities and bank officials have for many years allowed for illicit multi-million dollar transactions to take place and put a blind eye to them in the past.”

In many cases, money was lodged in a Latvian bank and then funnelled elsewhere, such as Switzerland, bankers and officials have said. Such transfers were deemed less risky for Western banks than if they had come directly from Russia, they said.

An ABLV spokesman said that two former Russian customers allegedly connected to the Magnitsky fraud had accounts, but that business relations had been terminated for unrelated reasons before it surfaced.

ABLV had applied anti-money-laundering controls properly and authorities had found no violations, he added.

Washington, an important military ally for the former Soviet-ruled state which joined the European Union in 2004, is watching closely how the country of 2 million people tackles money laundering.

Browder is lobbying Western governments to adopt the “Magnitsky Act” which would impose sanctions on Russian officials for corruption and rights abuses.

A Russian court sentenced Browder to prison in absentia after finding him guilty of deliberate bankruptcy and tax evasion, charges he denies and says are politically motivated.