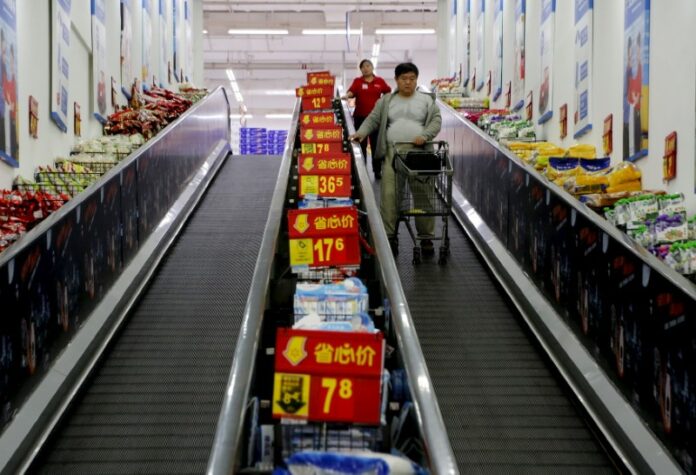 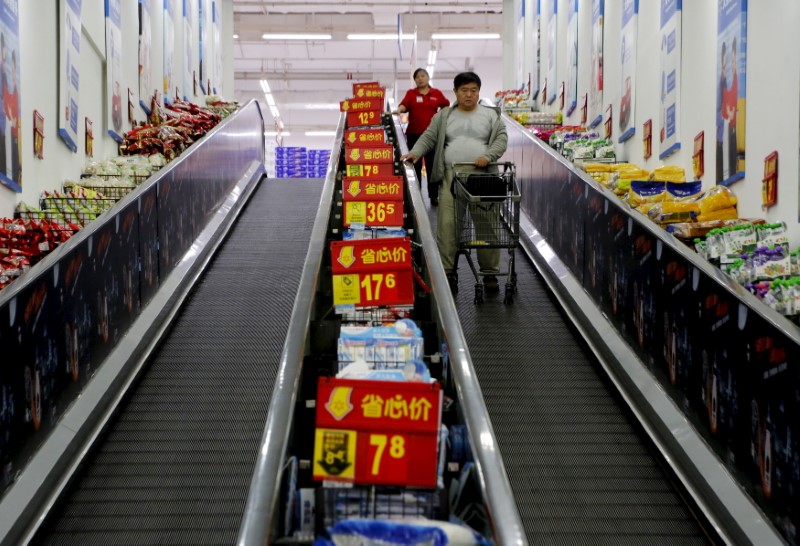 © Reuters. Shoppers ride on a travelator at a supermarket in Beijing

BEIJING (Reuters) – China’s consumer prices are likely to be stable in the second half of the year, the state planner said on Saturday, soothing concerns that have grown amid China’s escalating trade dispute with the United States.

“The market in general thinks the macro environment is stable and market supply is sufficient,” an official at the pricing department of the National Development and Reform Commission said.

“The overall price level will continue to stabilize and it’s unlikely that prices will rise significantly,” he added, in comments published on the agency’s website.

Annual consumer inflation in the world’s No.2 economy held steady in May from the previous month, as food prices remained largely stable, official data showed earlier this month.

But the remarks come amid escalating trade tensions with the United States, fuelling worries over upward pressure on China’s consumer price index.

Agriculture products in particular could jump after Beijing imposes tariffs from July 6 on imports of U.S. soybeans and other products used to feed its huge livestock sector.

That would lead to further upward pressure on pork prices, which have a large weighting in the consumer inflation basket.

The statement noted however that pig production capacity is at a high level while grain and edible oil stocks were also relatively high.

In another move aimed at ensuring economic stability, China said last week that it would use targeted cuts in banks’ reserve requirement ratios (RRR) and other policy tools to boost credit support for small firms and ensure steady growth.