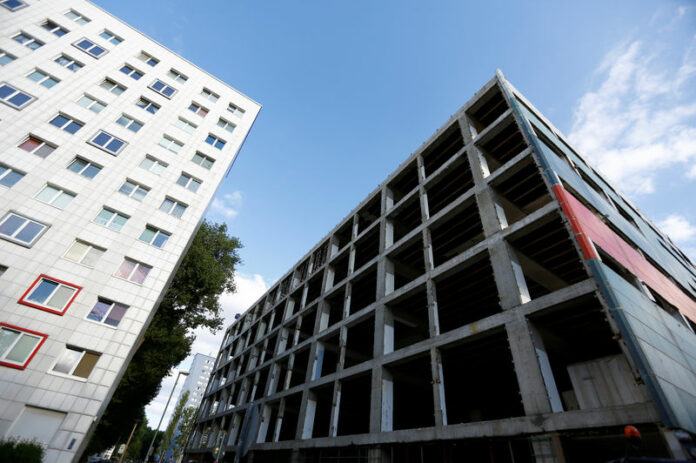 All grown up and nowhere to work: Berlin runs short of office space 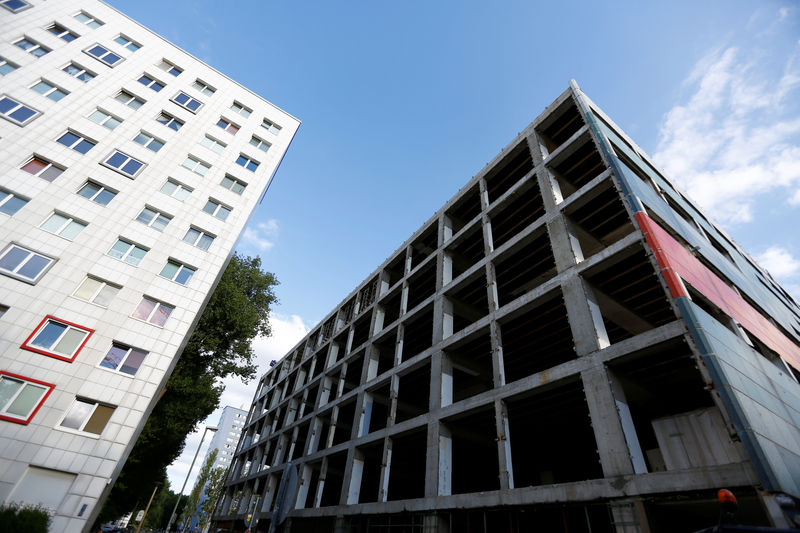 BERLIN (Reuters) – Nearly 30 years after the fall of the Wall, “cool” Berlin is booming, with some 40,000 people moving to the German capital every year to work not just at its vibrant tech start-ups but also increasingly at big multinational firms.

As the city once seen as a low-cost government backwater comes into its own as a European business center, office supply has not been able to keep up with the sharp rise in demand.

“Berlin has come out of its pre-pubescent phase and is now becoming more grown up in a way that other big cities maybe already have done,” said Stefan Franzke, CEO of Berlin Partner, which promotes investment in the city and helps companies open offices.

Building activity is up 90 percent compared to a year ago with around 557,000 sq meters currently under construction, according to BNP Paribas (PA:) Real Estate. This won’t bring much relief in the short-term, however, as only around one quarter of that will be completed over the next 12 months and the majority has already been pre-let.

Average office rents in Berlin are now the highest in Germany – although premium office space in Frankfurt is still the most expensive – and vacancy rates are under 2 percent, down from nearly 7.8 percent in 2010.

The shortage is challenging both businesses and landlords to be open-minded about how to define office space and how to keep down costs.

Operators of coworking real estate are playing a big role pushing up rents, gobbling up around 71,000 sq meters of new office space last year, about 8 percent of the total take-up.

WeWork now has five offices in Berlin and plans to open another location early next year and a further site in summer 2019.

But coworking space is not just for start-ups anymore.

Deutsche Bahn has rented space at one WeWork office and will take over eight floors of another WeWork building in the autumn.

The arrangement helps the train operator meet growing demand for desks in the short-term as it hires employees to work on digital projects and facilitates networking with start-ups, a spokeswoman said.

“It’s hyper-competitive,” said Eva Glanzer, vice president of People, at online travel booking firm GetYourGuide, which has just secured space for a new headquarters after a two-year search left its 350 employees running between meetings at several different locations across the city.

While some start-ups have moved out of Berlin’s central districts, CEO Michael von Roeder of Sensorberg, which kits out buildings with digital technology, says he will struggle to keep talent if he ups sticks to the suburbs.

“In the past, if you spent enough money it was fairly easy to find space,” von Roeder said. “In the meantime, even if you don’t care what you pay it’s still difficult.”

Sensorberg has temporarily crammed its 30 employees into an office with another firm while it waits for a new co-working facility. It has also found an innovative solution to the rising costs by securing discounted space in the new space by agreeing to provide its own technology.

“The competition is heightened by the fact that landlords aren’t used to working with the new generation of high-growth startups like us. They’re old-fashioned, they prefer stability, and they want to see the numbers,” said Glanzer.

Prime office rents spiked by 16 percent in the year to the end of March to 33 euros per square meter compared to 22 euros in 2013, says BNP Paribas – far above what most start-ups can afford to pay.

This means Berlin, a city of 3.7 million people, is narrowing the gap on Germany’s bigger business centers, Frankfurt and Munich, which can command 42 and 37 euros per sq meter per month, respectively, for top locations.

Frankfurt has a population of 740,000 people while Munich is home to 1.5 million.

The rising rents are incentivising some owners of other types of property to refit their buildings and wheel in desks.

Around 25,000 square meters of hotel space in Berlin’s Mitte and Charlottenberg districts are being converted into offices, according to Jan-Niklas Schroers at real estate firm Savills.

It’s a tiny fraction of total hotel space, demand for which continues to grow with around 6,500 rooms in the pipeline, according to PwC.

However, for landlords who may have rented out their buildings to hotels 10 years ago, they can expect an increase in rental income of between 30 and 50 percent if they turn it into office space, especially in good locations, said Schroers.

Austrian real-estate group Signa is converting one of the former East Germany’s flagship department stores into a futuristic office and retail complex.

Daimler (DE:) has signed a rental contract to take over an imposing Jugendstil building that was built as a department store at the turn of the 20th century.

In Mitte, residents of two nursing homes operated by family firm Berthold Hecht, will have to move out by the end of next May to make way for offices.

Developers used to have to prove they had rental contracts for buildings before they could even get financing. Now banks are handing out credit without firms having to do any marketing, said Berlin Partner’s Franzke.

Completed construction is expected to tick up in 2019 and 2020 and plenty of space remains to be developed in the wasteland where the Wall once stood.

But Berlin needs to plan ahead for what kind of city it wants to become, cautioned Savills’ Schroers.

“Capital follows talent and at the moment the talent is here because Berlin is cheap and cool,” he said. “If it loses some of that mojo and becomes less affordable the talent might go somewhere else.”