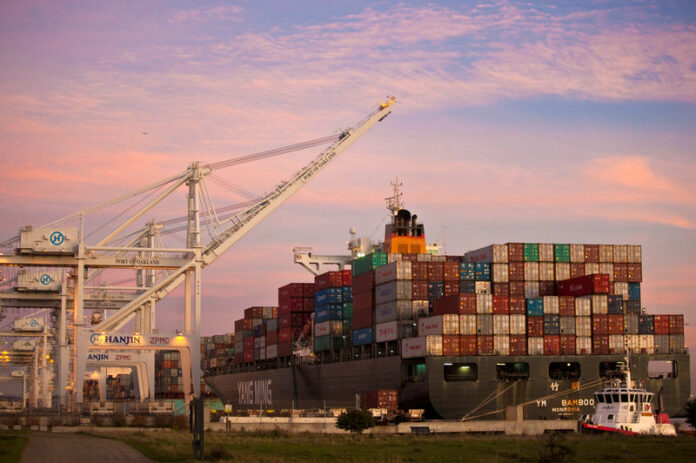 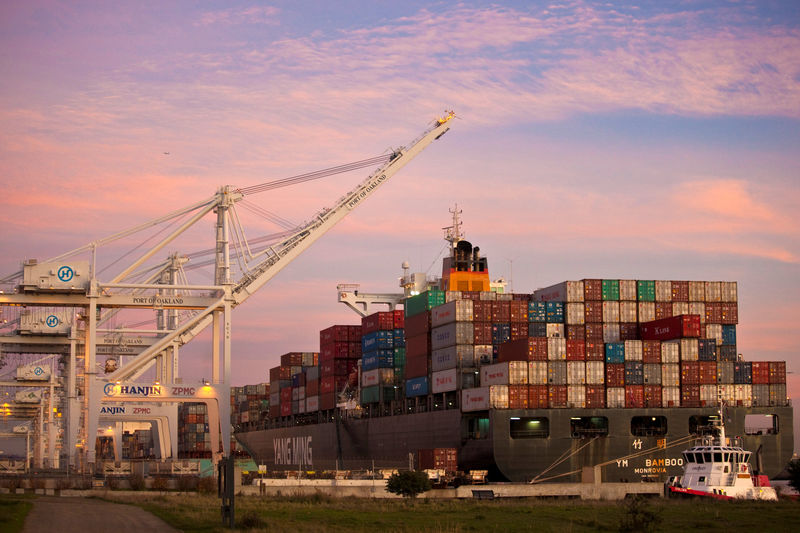 © Reuters. FILE PHOTO: The YM Bamboo, a container ship operated by the China Ocean Shipping Company (COSCO) is docked at the Port of Oakland in Oakland, California

LONDON (Reuters) – The Bank for International Settlements (BIS) urged the world’s top central banks to keep lifting interest rates on Sunday, but warned escalating trade tensions between the United States and China could turn into a dangerous downward spiral.

The new head of the BIS, former Mexican central bank chief Agustin Carstens, spoke to Reuters as the central bank umbrella group delivered its first annual report under his watch.

It comes after a volatile five months for the global economy that has seen last year’s financial market rally shudder to a stop and U.S. President Donald Trump cause widespread dismay by imposing hundreds of billions of dollars worth of trade tariffs.

“We are entering into a dangerous dynamic where these type of (protectionist) issues start having side effects on currency markets and financial flows,” Carstens said.

“We can start a very dangerous spiral that at some point can really affect the growth of the world economy and financial stability.”

For the time being though the baseline BIS scenario is that as long as there is no galloping escalation in the trade tensions or borrowing costs, the global economy will continue to improve.

It therefore backed the Federal Reserve to keep moving up U.S. interest rates and for other major central banks like the ECB to ease out of massive stimulus programs that have been in place for years.

“I think it is important for the normalization to proceed gradually,” Carstens said, adding the pace of Fed hikes had been “adequate”.

“Unconventional policies have been useful for bringing us to where we are right now… but it has come at a cost and the cost is that some vulnerabilities have been building up in the financial markets.”

Stock market rises have resulted in overstretched valuations in places, bond market spreads had become very compressed, while house prices in some of the small open economies that dodged the financial crisis a decade ago were now very high.

“If central banks wait longer before normalizing, it is very likely that these imbalances will continue growing and the risk of having financial instability in the future is higher.”

Moving up interest rates and ending years of unprecedented stimulus in major economies is however likely to cause some turbulence in financial markets which companies, borrowers and investors should prepare for.

“Volatility is to be expected in the process of normalization,” Carstens said. “The key is for this volatility not to spin out of control.”

The report said the global economy remained bright though it was “somewhat unusual” to keep seeing such strong growth after so many years of expansion, and to see only modest inflation.

The main concerns now are trade protectionism and the long-known issues such as over-reliance on central bank support, overblown asset prices and still rising debt levels, especially if there is a sudden leap in borrowing costs.

Carstens also highlighted the hammering many emerging markets have taken since the end of January, including Argentina, Turkey, Brazil, South Africa, India, China and his own homeland Mexico.

“What has made life more difficult for emerging markets is that some items that were not foreseeable years ago are playing a role right now, and one of them is protectionist issues.”

Most emerging markets do though have stronger reserves, more flexible exchange rates, and longer durations in their debt than in previous decades, which will provide some breathing space if borrowing costs jump.

The weaker link is probably the corporate sector in emerging markets where debt levels have risen rapidly. There is also concern about the explosive growth of the financial system, especially the shadow banking system, in China, Carstens said.

“The bottom line is, there is not much room for complacency. It is of the essence for them to keep very strong fundamentals and strong public finances.”

The report also laid out the Switzerland-based BIS’ finances for the last year. They showed its operating expenses had topped 400 million Swiss francs ($404.94 million) for the first time and now had over 600 staff having beefed up oversight functions.

The bank’s balance sheet still increased almost 6 percent however to 256.5 billion SDR or $373 billion. The rise was due to an increase in currency deposits by the 60 central banks around the world that are its members.