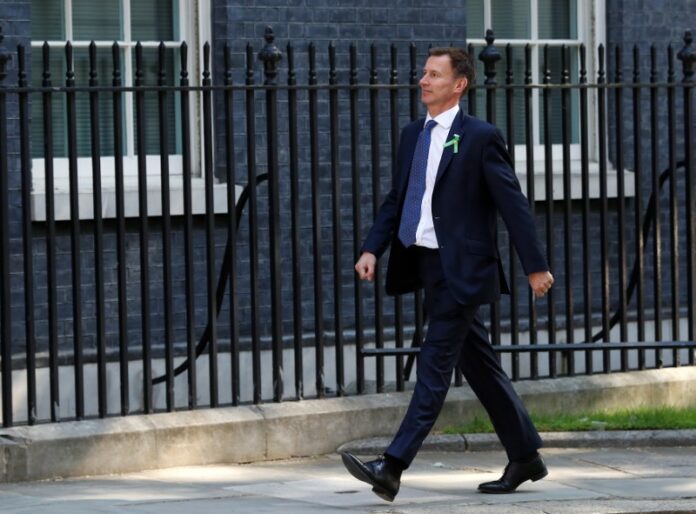 LONDON (Reuters) – A British minister accused Airbus (PA:) and other major companies of issuing “completely inappropriate” threats and undermining Prime Minister Theresa May in a sign of growing tensions with businesses leaders over Brexit.

Aircraft manufacturer Airbus last week issued its strongest warning over the impact of Britain’s departure from the European Union, saying a withdrawal without a deal would force it to reconsider its long-term position and put thousands of British jobs at risk.

Other European companies with major operations in Britain have also started to speak out two years on from the Brexit vote, voicing concerns over a lack of clarity on the terms of trade when Britain leaves next March.

“It was completely inappropriate for businesses to be making these kinds of threats for one very simple reason – we are in an absolutely critical moment in the Brexit discussions and what that means is that we need to get behind Theresa May,” the health minister Jeremy Hunt told the BBC.

“The more that we undermine Theresa May the more likely we to end up with a fudge which will be absolute disaster for everyone,” he added.

German carmaker BMW (DE:) has warned the company would have to make contingency plans within months if the government did not soon clarify its post-Brexit position and German industrial group Siemens (DE:) said it urgently needs clarity on how its operations would have to be organized.

The leaders of five major business lobby groups also warned the prime minister over the weekend that the ongoing uncertainty about Brexit could cost the economy billions of pounds.

Hunt, a senior figure in the government who is viewed as a potential future prime minister, dismissed “siren voices” who say Brexit negotiations are not going well and said people should ignore them.

With only nine months until Britain is due to leave the EU on March 29, little is clear about how trade will flow as May, who is grappling with a divided party, is still trying to strike a deal with the bloc.

Business leaders are increasingly concerned that their concerns are being ignored and are stepping up their contingency plans in case Britain crashes out of the EU without a deal.

The health minister’s comments were later echoed by the international trade minister, Liam Fox, who said Britain’s negotiating position was being undermined by companies urging the government to rule out leaving without a deal.

“People who are making these comments need to understand that they may be actually putting the UK at a disadvantage by making these cases,” he told Sky News.

“We have got to be free in a negotiation to say if we don’t get a deal that we want there won’t be any agreement.”

The foreign minister Boris Johnson was quoted in the Telegraph newspaper by two sources over the weekend as dismissing business leaders’ concerns about the impact of Brexit, using foul language in a meeting with EU diplomats.

A spokesperson for the foreign office disputed whether Johnson had used bad language and said he had been attacking business lobbyists.

Around 100,000 supporters of the EU marched through central London on Saturday to demand that the government hold a final public vote on the terms of Brexit, organizers said.