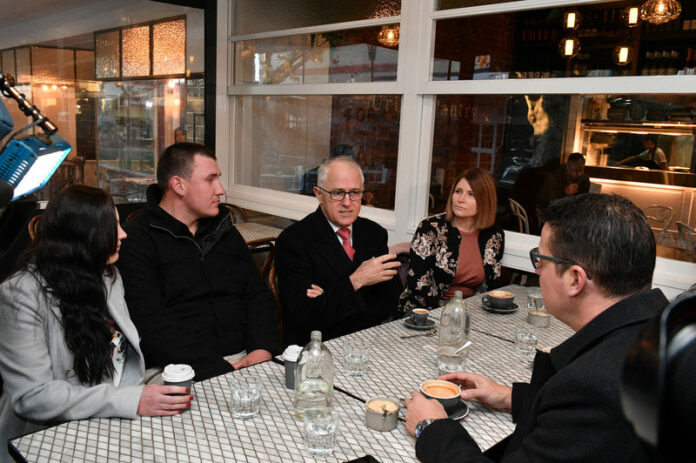 SYDNEY (Reuters) – Australian Prime Minister Malcolm Turnbull faces a fresh blow in parliament this week, with the Senate poised on Monday to reject his government’s plans for a corporate tax cut after several independent lawmakers vowed to vote against the measure.

Following the lead of the United States, Australia’s center-right government has proposed to cut the corporate tax rate to 25 percent from 30 percent, in a bid to boost the economy less than a year away from the next election.

But several independent lawmakers said they would not support the tax bill, a setback for the government during a critical week when it aims to push through the cut and rules to prevent foreign interference.

“The government have said they are not prepared to go after multinationals, therefore One Nation are no chance of supporting company tax cuts,” rightwing lawmaker Pauline Hanson told Australia’s Channel 7.

The government refused Hanson’s offer of two votes by One Nation in exchange for a clampdown on tax avoidance by international companies, she added.

Turnbull’s coalition government must rely on support from independent lawmakers in the Senate, where it does not have a majority.

Though the government won backing for its centerpiece A$144 billion ($106-billion) package of income tax cuts, populist lawmakers are resistant to extending tax breaks after a public inquiry exposed alleged misconduct in the financial sector.

“The policy has political weakness, it isn’t popular,” said Peter Chen, a specialist in Australian politics at the University of Sydney.

A legislative defeat also threatens the government’s chances of winning any of six by-elections late next month, after a group of lawmakers were forced in May to resign over a court ruling that they had dual citizenship.

Success in the by-elections, widely seen as a barometer of Turnbull’s election prospects in national polls that must be held before May 2019, could help his legislative agenda.

Turnbull’s single-vote majority in parliament exposes the government to pressure from rebel lawmakers within his own party.

The prime minister will win one parliamentary victory this week, however, with the passage of a law requiring executives and lobbyists connected to private multinational companies to register as foreign agents.

Australia’s main opposition Labor Party on Monday said it would support the amended draft that has soured Canberra’s ties with China. [nL4N1TL0RT]