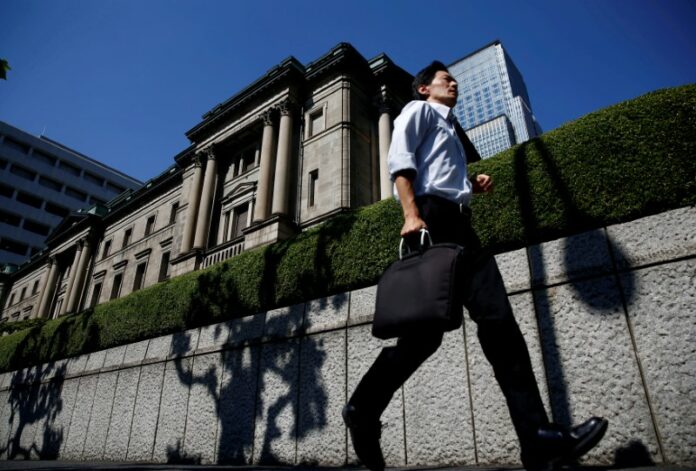 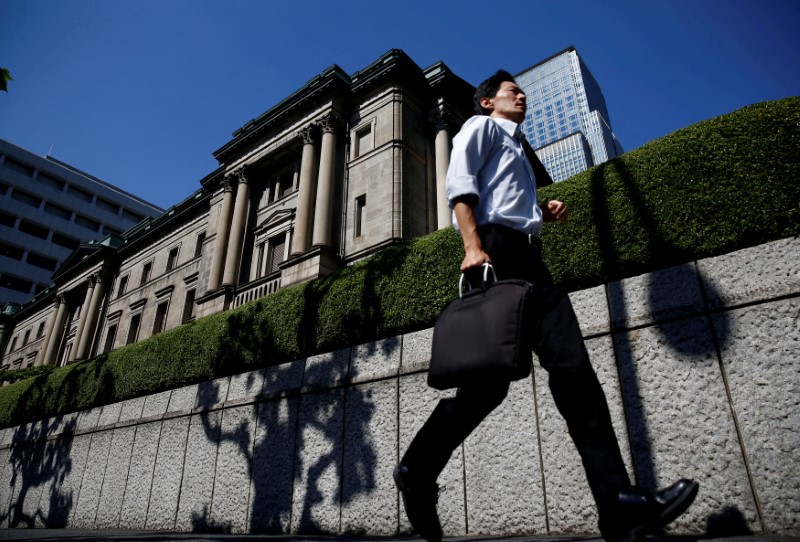 © Reuters. FILE PHOTO – A man runs past the Bank of Japan (BOJ) building in Tokyo

TOKYO (Reuters) – Bank of Japan policymakers said the central bank should “patiently continue” its powerful monetary easing but attention must be paid to the potential side effects of prolonged easy policy, a summary of opinions at the June review showed.

Some board members said the central bank needs to keep monetary easing from severely distorting economic and financial conditions, and to make the current policy sustainable.

With inflation well below the BOJ’s 2 percent target despite five years of stimulus, one member said the central bank must make efforts to improve communication with the public on its commitment to meet the price stability goal, the summary showed.

“It is appropriate, if necessary, to make efforts to improve communication and enhance the commitment in a broad sense toward achieving the 2 percent inflation target,” the member said.

The BOJ left monetary policy steady at the June 14-15 rate review but cut its inflation view in a sign it would lag far behind other major central banks in unwinding crisis-mode monetary stimulus.

The BOJ releases a bullet-point summary of the opinions voiced by the board members at its policy meetings roughly a week after they are held. The views do not identify whose opinions they are. A more thorough minutes of the debate will be issued several weeks later.

The comments from the last meeting highlight the communication challenge the BOJ faces, as subdued inflation forces the central bank to maintain its massive stimulus despite its rising costs, such as the hit to bank profits from rock-bottom interest rates.

One member said the BOJ should consider responses to side effects before they materialize, as banks face an increase in unrealized losses on securities and risks of impairment losses at branches with low profitability, the summary showed.

The BOJ buys government bonds and riskier assets including exchange-traded fund (ETF) as part of its massive stimulus, but one member called for examining the possible side effects from such asset purchases from every angle, it showed.

Another member warned against adopting a policy aimed at forcibly pushing up demand quickly, as sluggish prices are unlikely to be caused by simple factors like lack of demand.

The summary showed some members called for deepening of analysis and debate on why it is taking time to hit 2 percent inflation, at its July policy review when the nine-member board conducts a quarterly review of its growth and price projections.