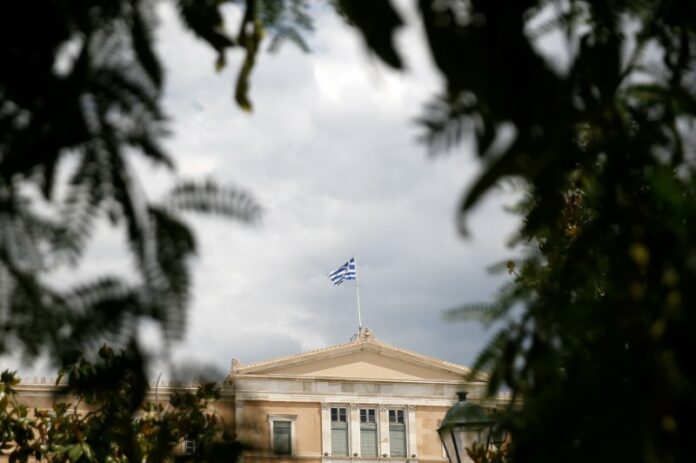 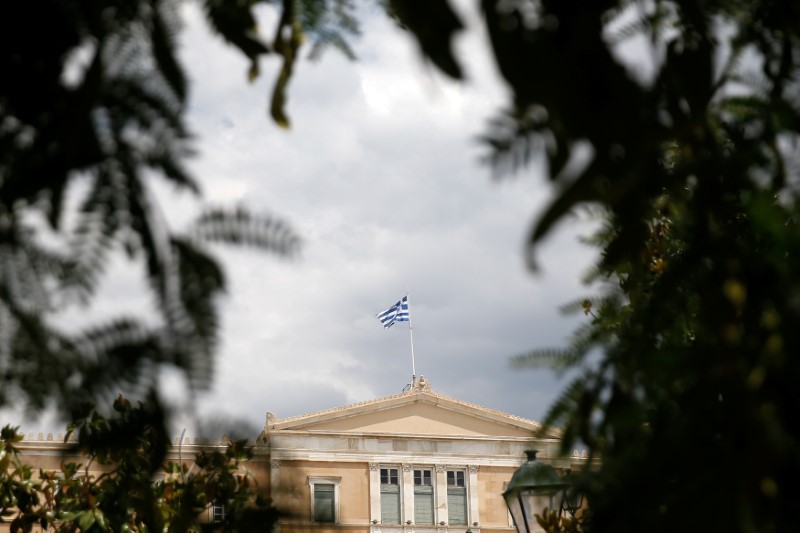 © Reuters. A Greek flag flutters atop the parliament building in Athens

“We expect the agreement to pave the way for the government to return to capital market funding on a sustained basis, a credit positive,” it said in a report.

Euro zone finance ministers agreed debt relief for Greece on Friday, to smooth its return to market financing once it exits its bailout in August after eight years of living mainly on loans from the bloc.

Greece was offered a 10-year deferral and maturity extension on a large chunk of past loans as well as 15 billion euros in new credit.

Moody’s, which rates Greece at B3 positive, said the debt relief ensured the government would be facing “very moderate” refinancing needs for the next 10 years.

“We consider the package a significant benchmark in Greece’s ongoing recovery from its deep government debt, economic and banking crisis,” the agency said.

But it said Greece’s challenges remained significant as the agreement required a sustained commitment to prudent fiscal policy and a very large primary surplus for many years to come.

“Although economic growth has returned and will likely accelerate further this year, Greece’s growth outlook is rather moderate at 2.0-2.5 percent per year at best, unless there is a large boost to investment,” Moody’s said.

Debt relief has been an overarching objective of Prime Minister Alexis Tsipras since he swept to power in 2015. Greece has debt of almost 180 percent of gross domestic product, the highest in the 19-country euro zone.