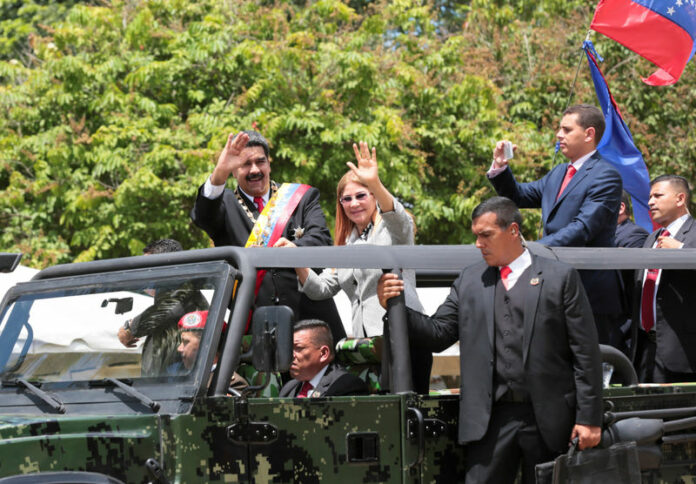 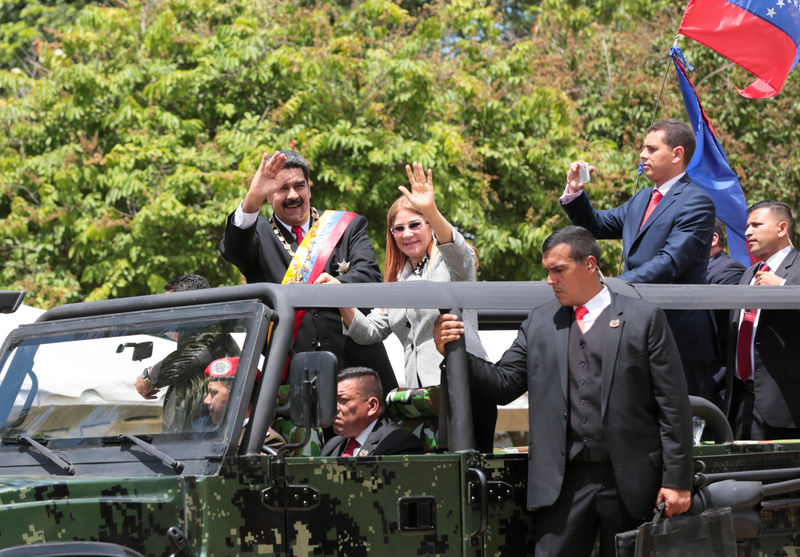 © Reuters. Venezuela’s President Nicolas Maduro arrives to a military parade to celebrate the 197th anniversary of the Battle of Carabobo, next to his wife Cilia Flores, in Campo de Carabobo

LUXEMBOURG (Reuters) – The European Union will impose economic sanctions on 11 Venezuelan officials in protest at President Nicolas Maduro’s re-election, which the bloc said was not free or fair, EU diplomats said.

The travel bans and asset freezes, first reported by Reuters in May, will be in addition to seven senior Venezuela officials the bloc sanctioned in January. They do not target Maduro directly as the EU seeks to pressure those around him first.

The EU, Venezuela’s third-largest trading partner after the United States and China, is seeking to isolate Caracas and to help end what it sees as an authoritarian regime that is ruining the economy, provoking food shortages.

The European Union imposed an arms embargo on Venezuela in November.

EU foreign ministers are also expected to issue a statement later on Monday again condemning the May election.

Venezuela’s mainstream opposition boycotted the vote because two of its most popular leaders were barred, authorities banned several political parties, and the election board is run by Maduro loyalists.

The United States imposed sanctions on four Venezuelans and three Florida-based companies in May.