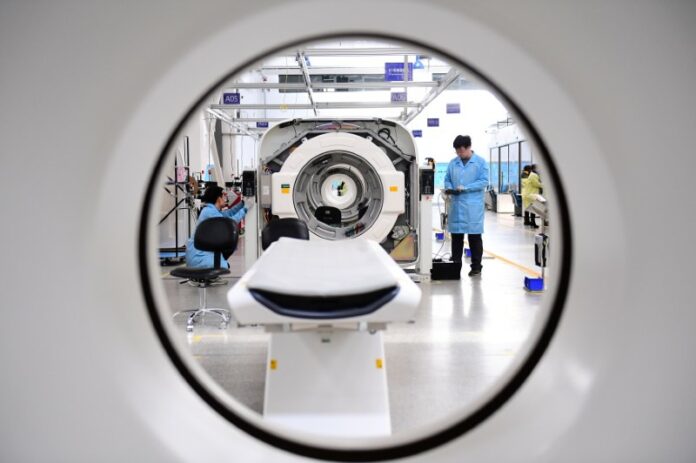 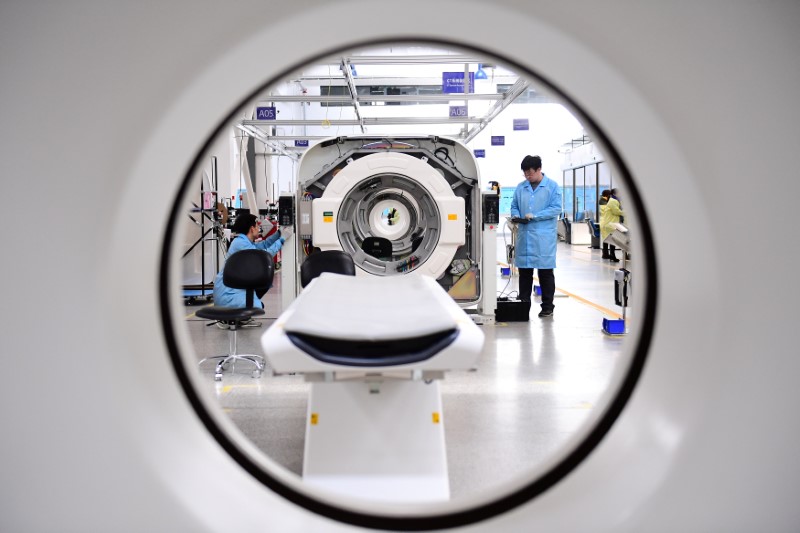 BEIJING (Reuters) – Beijing has begun downplaying Made in China 2025, the state-backed industrial policy that has provoked alarm in the West and is core to Washington’s complaints about the country’s technological ambitions, diplomatic and Chinese state media sources said.

With a full-blown trade war looming amid U.S. President Donald Trump’s threats to impose tariffs on up to $450 billion in Chinese imports, his administration has fixed on Beijing’s signature effort to deploy state support to close a technology gap in 10 key sectors.

Beijing is increasingly mindful that its rollout of the ambitious plan has triggered U.S. backlash.

The Trump administration is considering rules that would bar companies with at least 25 percent Chinese ownership from buying U.S. firms with “industrially significant technology,” a U.S. government official said on Sunday.

A senior western diplomat told Reuters that in meetings Chinese officials have recently begun downplaying Made in China 2025. The officials have stressed that the aspects that have raised the most ire abroad were simply proposals by Chinese academics.

And state news agency Xinhua, which made more than 140 mentions of Made in China 2025 in Chinese language news items in the first five months of the year, has not done so since June 5, a search of a public database found.

The diplomat said some Chinese officials have gone so far as to suggest it was a mistake for the government to have pushed the plan so forcefully and publicly because it had increased pressure on China.

“China is apparently starting to adjust to the blowback caused by the heavy propaganda,” said the diplomat, who declined to be identified because of the sensitivity of the matter.

“They won’t stop doing it,” the diplomat said, referring to Made in China 2025. “The way they talk about it is changing.”

China’s State Council Information Office did not immediately respond to a faxed request for comment.

Three state media journalists told Reuters they had been instructed not to use the term Made in China 2025. Two others said they received no such instructions.

As President Xi Jinping’s China has taken a more muscular stance on the global stage, to the discomfort of many in the west, some academics and many netizens have urged a more modest approach.

“Prudence is needed in boosting citizens’ confidence. Otherwise, negative effects may be exerted, be it domestically or abroad,” the paper said.

China still refers to itself as a “developing country” even though it is the world’s second-largest economy, and has long held to former leader Deng Xiaoping’s oft-quoted maxim: “Hide your strength, bide your time.”

Under Made in China 2025, unveiled by China’s State Council in 2015, China wants to catch up with rivals in sectors including robotics, aerospace, clean-energy cars and advanced basic materials.

The strategy is at the core of China’s efforts to move up the value chain and achieve Xi’s vision of turning the country into a global superpower by 2050.

But it has provoked the more hawkish members of Trump’s team, including U.S. Trade Representative Robert Lighthizer and trade and manufacturing adviser Peter Navarro, author of the book “Death by China.”

Trump’s initial list of tariffs on $50 billion in Chinese goods, which will begin taking effect on July 6, specifically targets items related to Made in China 2025.

Under the plan, Beijing wants Chinese suppliers to capture 70 percent of market share by 2025 for “basic core components and important basic materials” in strategic industries.

Other targets endorsed by senior Chinese officials include ensuring 40 percent of smartphone chips are domestically made by 2025.

Xi gave a May 28 speech on innovation that reflected the key ideas of Made in China 2025 without mentioning it by name.