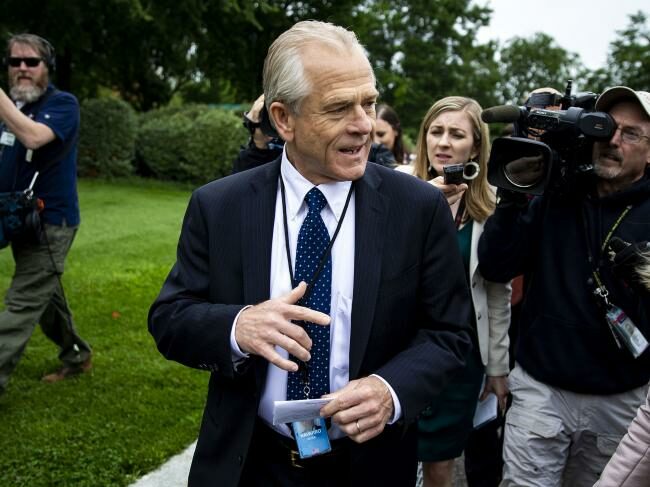 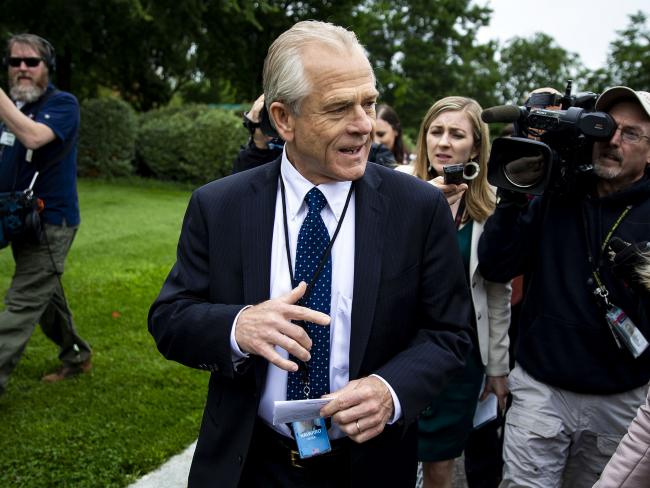 “All we’re doing here with the president’s trade policy is trying to defend our technology when it may be threatened,” Navarro said.

Stocks pared losses after Navarro’s softening of the Trump administration’s trade rhetoric. The Dow Jones Industrial Average ended the day down 1.3 percent, the ninth drop in the past 10 trading days.

Recent equity-market declines are an overreaction, Navarro said. “Things are bullish here in America,” he said, adding that U.S. economic growth is going to reach 4 percent.

The Treasury Department is due to announce restrictions on Chinese investment in the U.S. by Friday. The action is part of the Trump administration’s responses to China’s alleged intellectual-property theft, as laid out in a report that followed an eight-month investigation by the Office of the U.S. Trade Representative.

Treasury Secretary Steven Mnuchin said in a tweet earlier Monday that the report would not be specific to China “but to all countries that are trying to steal our technology.”

Navarro seemed to contradict Mnuchin’s statement, saying that the Section 301 investigation was focused on China and that Treasury’s assessment due Friday “does not include any other countries.”

Navarro said markets should “let the process work” and President Donald Trump is “going to get good information this week on where the chess board stands and make decisions accordingly.”