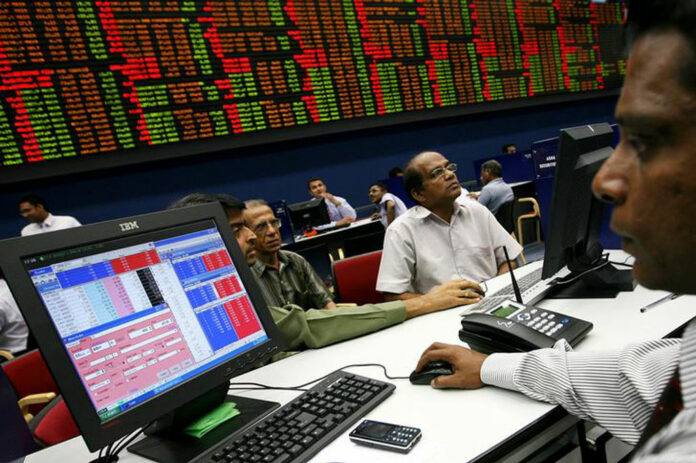 President Donald Trump has threatened to strike back against China’s retaliation to the US tariffs that are due to take effect July 6.

Trade frictions topped market players’ concerns, with heavy selling in Europe and the US continuing through to Asia after reports Trump was planning new curbs on Chinese investment.

Shanghai opened down more than one percent while Tokyo began trade 0.85 percent in the red.

Asian equities extended their losses in the morning session, with Shanghai down 1.6 percent and Hong Kong off by a similar amount.

Washington has already announced it will impose investment restrictions on Chinese companies by June 30, with the Wall Street Journal reporting that any firm that is 25 percent Chinese-held would face curbs.

The reports drove US stocks down two percent at the lowest point on Monday but they recovered some of their losses after senior White House economic adviser Peter Navarro sought to ease fears in a TV interview.

“Despite the rebound, there remains a considerable degree of scepticism,” said Stephen Innes, head of trading at OANDA, adding that investors were not sure whether the comments were “diplomatic doublespeak or a meaningful denial.”

“The abundance of mixed and no less confusing signals are causing massive consternation across all asset classes,” added the analyst.

Frankfurt, Paris and London all lost around two percent or more.

This sparked a furious response from Trump who said he was “surprised that Harley-Davidson, of all companies, would be the first to wave the White Flag,” adding that he had “fought hard for them.”

Analysts at Citi wrote in a research note that even if the current tensions do not blow up into a full-scale trade war, “the uncertainty is probably already damaging confidence and investment.”

“The biggest uncertainty continues to be the simmering global trade tensions that we currently think will not morph into a full-blown trade war,” Stovall said. “However, we see volatility remaining elevated.”