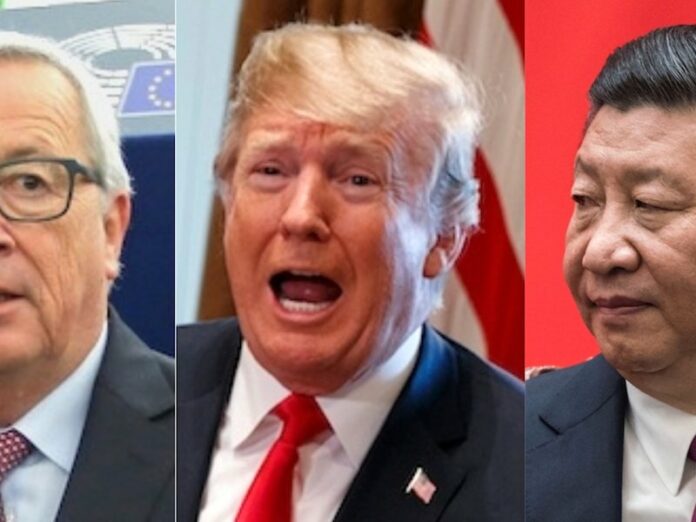 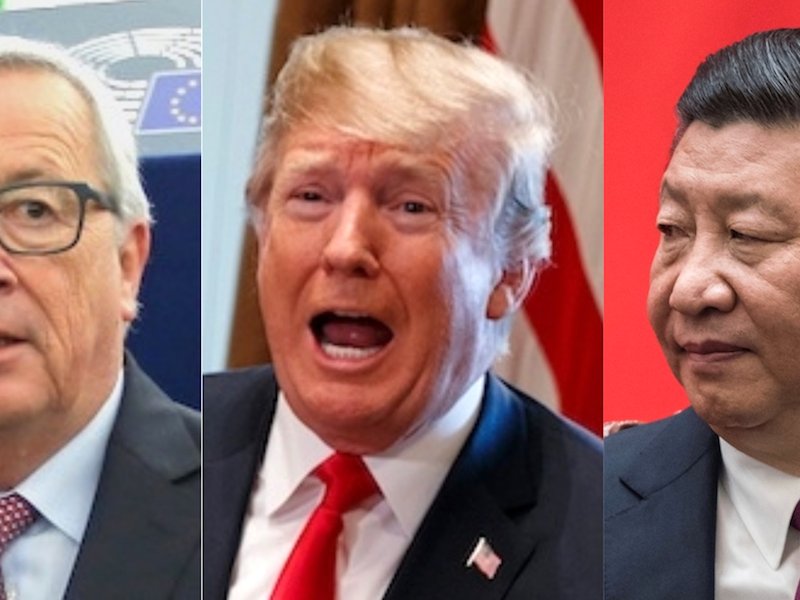 The European Union and China are teaming up to rewrite global trade rules, their latest move in a wider fightback against the trade war Donald Trump has launched as part of his “America First” agenda.

The two powers usually find themselves on opposite sides in economic disputes. The EU has long blamed China for flooding its markets with cheap steel, and has imposed its own steep tariffs on Beijing.

But on this issue they have been driven together by Trump’s increasingly aggressive push to levy tariffs both on rival powers — like China — and also longtime allies like the EU.

The pushback took the form of Brussels and Beijing agreeing to form a group inside the World Trade Organization (WTO) dedicated to rewriting the global rules on subsidies and tech policy in the light of Trump’s actions.

Both also agreed to uphold the global trading system under the WTO, which Trump has described as “unfair” and “bad… to the US.”

The US slapped a series of tariffs on EU steel and aluminum on May 31, and on $50 billion worth of Chinese goods, including aircraft tires, agricultural machinery, and printer parts on June 15.

The EU and China have called Trump’s actions “totally unacceptable” and an “act of extreme pressure and blackmail” respectively, and retaliated with billions of dollars worth of tariffs of their own.

Trump on Tuesday once again hit out at countries that had placed tariffs on US goods, and threatened to impose even more tariffs. “They must play fair or they will pay tariffs!” he tweeted.

Tweet Embed:
//twitter.com/mims/statuses/1011571026034089984?ref_src=twsrc%5Etfw
….We are getting other countries to reduce and eliminate tariffs and trade barriers that have been unfairly used for years against our farmers, workers and companies. We are opening up closed markets and expanding our footprint. They must play fair or they will pay tariffs!

Speaking in Beijing ahead of an annual EU-China summit, representatives warned against single countries taking drastic action on trade policy by themselves, a barely-disguised attack on Trump’s approach.

Jyrki Katainen, the EU’s vice president on jobs and economic growth, added that actions like Trump’s unilateral tariff hikes against China show that WTO rules on global trade had to change, the Associated Press reported.

He told CNBC: “We have to reform WTO in order to make multilateralism better functioning in the future. This unites the EU and China and the moment.

Scott Kennedy, a Chinese economy expert at the Center for Strategic and International Studies in Washington, DC, said the new EU-China partnership was “a big deal,” and risks leaving the US isolated.

He told the AP: “It is not in the interests of the United States to just be playing defense and creating a fortress America while the EU, China and others play offense and attempt to set the rules of the game for the next century.”

The EU wants other governments to join the group, the Associated Press reported Katainen as saying.

The EU has long blamed China for the global over-capacity of steel, and has imposed steep tariffs on Chinese steel to protect Europe’s domestic metals industry. Katainen urged China to tackle overcapacity in its steel, aluminum, and other sectors including technology, the EU said in a statement.

Separately, France and China also upgraded their bilateral trade relations this week, with Beijing promising to buy more French farm produce and continue talks over the purchase of billions of dollars worth of Airbus jets, according to Reuters. President Emmanuel Macron declared China’s interest in buying $18 billion worth of Airbus A320 narrow-body jets, but failed to clinch a deal during a state visit in January.

France also expressed support for China’s Belt and Road Initiative, a massive Chinese project to link some 70 countries across Asia, Africa, Europe, and Oceania through land and maritime trade.