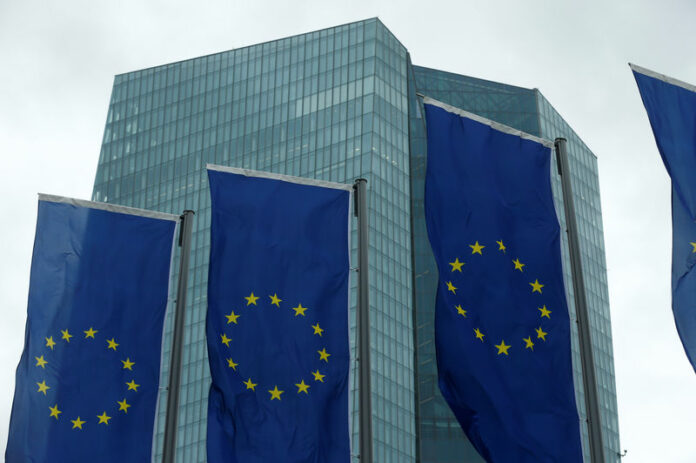 BRUSSELS (Reuters) – European Union leaders will agree to give more powers to the euro zone bailout fund ESM on Friday, with details to be worked out only by December, and leave the decision to start talks on a European Deposit Insurance Scheme to finance ministers.

Draft conclusions of the leaders talks on Friday on deeper integration of the euro zone showed they would endorse the idea that the European Stability Mechanism (ESM), the bailout fund, should in an emergency, lend to help resolve failing banks.

The help would take the form of a revolving credit line of the same size as the bank resolution fund itself — which is to be equal to 1 percent of covered deposits in the euro zone, or around 55 billion euros.

The ESM would also have a bigger role in designing and monitoring financial assistance programs, the daft conclusions, seen by Reuters, said.

“The Eurogroup (of euro zone finance ministers) is invited to agree on a term sheet for the further development of the ESM by December 2018,” the draft said.

“The Euro Summit in an inclusive format will come back to these and other issues in December 2018,” it said.

The draft conclusions did not mention the introduction of a single-limb Collective Action Clauses (CACs) for new bond issuance to prevent hold-outs.

The chairman of euro zone finance ministers Mario Centeno wanted the leaders to provide guidance on that because this step would make it easier to restructure public debt in the future — a discussion that is vehemently opposed by highly indebted Italy.