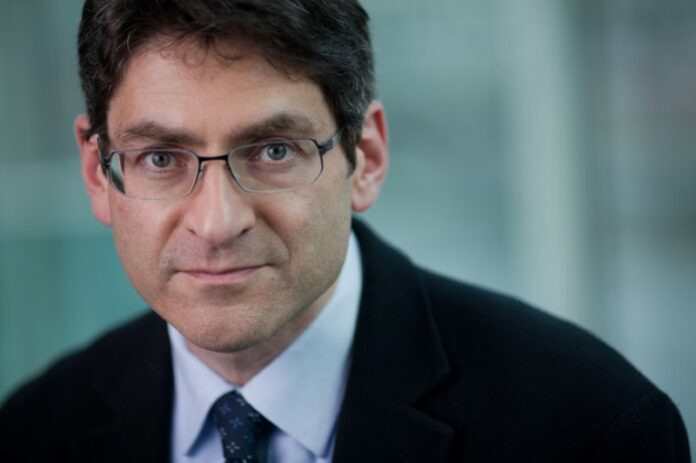 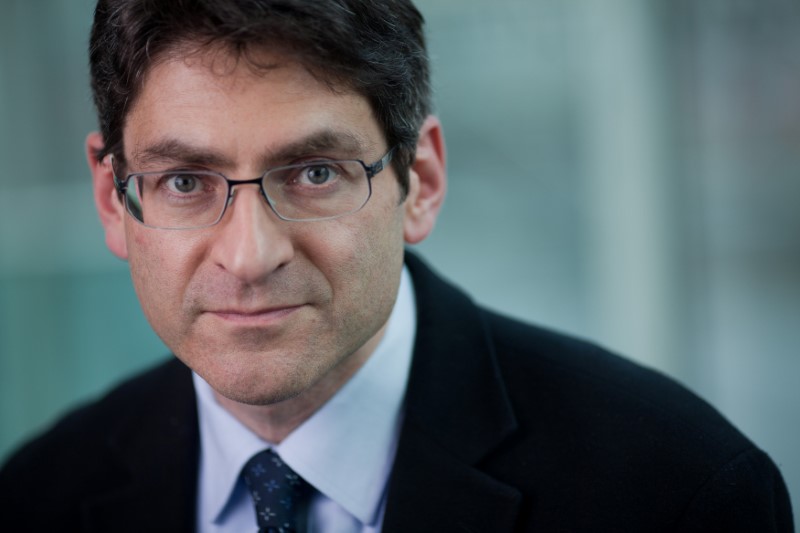 © Reuters. Professor Jonathan Haskel, who has just been appointed to the Monetary Policy Committee of the Bank of England, is seen in this undated portrait released by HM Treasury in London

LONDON (Reuters) – New Bank of England rate-setter Jonathan Haskel offered a more downbeat assessment of the British economy’s readiness for higher interest rates than the official he is due to replace, in comments that weighed on sterling on Tuesday.

Haskel, a professor at Imperial College in London, pointed to persistently weak wage growth and said there could be more slack in the labor market than currently estimated.

While Haskel agreed with the gist of the BoE’s guidance that rates will probably need to rise, investors judged his tone to be more dovish than Monetary Policy Committee member Ian McCafferty, a long-time advocate of higher rates whom Haskel replaces in September.

Last week the BoE bolstered expectations that it will raise rates in August for only the second time in a decade, after its chief economist unexpectedly joined the minority of policymakers voting for a hike.

But Haskel appeared to place less urgency on the need for higher rates in the months ahead, sending sterling down by around half a percentage point against the U.S. dollar.

The productivity expert cited theories that a high number of workers with too few or precarious hours helped explain why wage growth — key to the outlook for interest rates — has failed to take off as the BoE expected, despite the lowest jobless rate since the mid-1970s.

“I think it’s an urgent priority to look at that, there are a lot of arguments in favor of that view,” Haskel told lawmakers during an appointment hearing.

Workers’ bargaining power had probably also been weakened by the greater global mobility of capital and technological change, he said — though in the longer term he was optimistic about technology’s ability to boost British productivity.

Haskel said it would be premature for him to offer a firm path for his thinking on interest rates, given he had yet to access the BoE’s analysis.

By contrast McCafferty — who steps down at the end of August — said in a speech on Tuesday the BoE “should not dally” when it comes to raising rates from their current level of 0.5 percent.

Haskel was more circumspect about the economic outlook in his testimony to lawmakers.

Gauging the amount of slack in the labor market was difficult given the huge variety of jobs on the market, he said, adding: “All of this I think is in favor of the notion that there may well be much more slack than we think.”

Haskel will serve a three-year term as an external member of the nine-strong Monetary Policy Committee starting on Sept. 1.